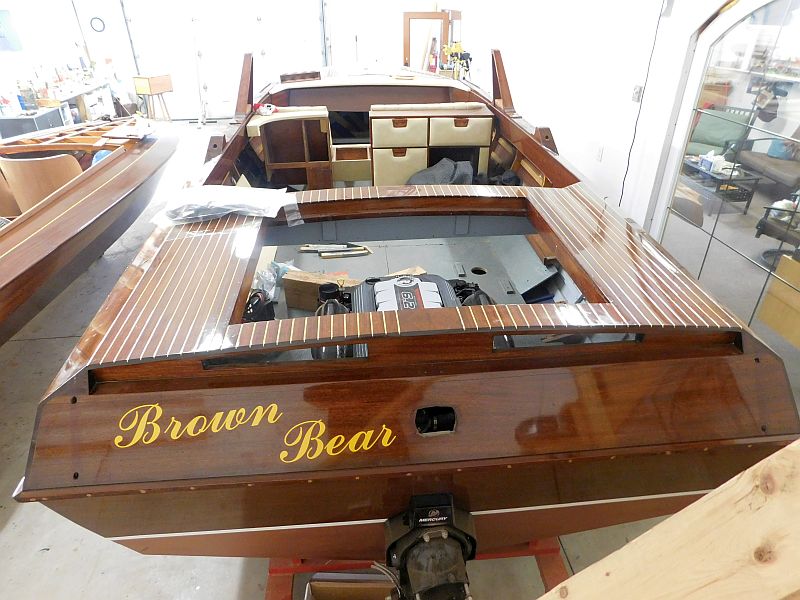 THis Greavette Executive was once owned by Ted Turner

Tim Butson and his staff have their hands full this winter, with restoration projects flying out of their steam-box (so to speak)! The shop currently hosts two Greavette Executives, a custom ski/speed boat, a Shepherd prototype, a Grew Overnighter, a two masted ketch and a Duke Playmate.
Enjoy the photos and video below. 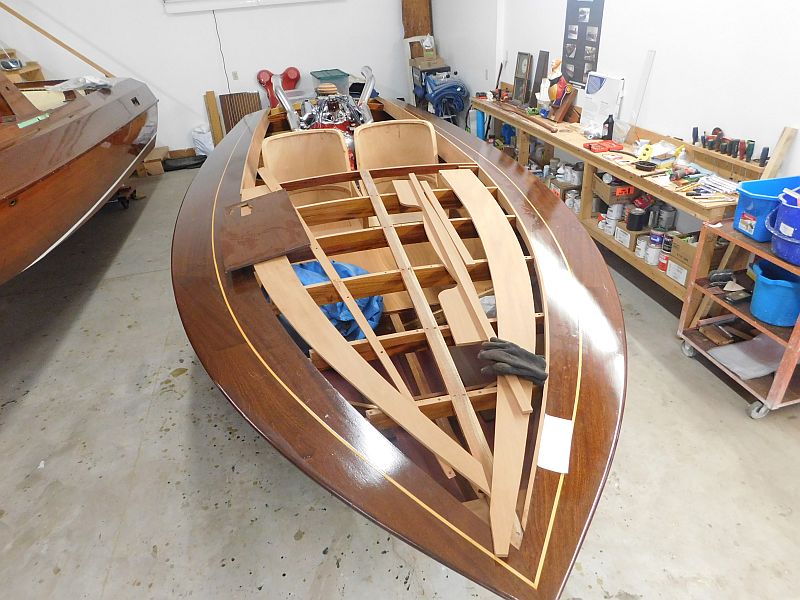 Tim estimates that this ski/speed boat will reach 70 mph. 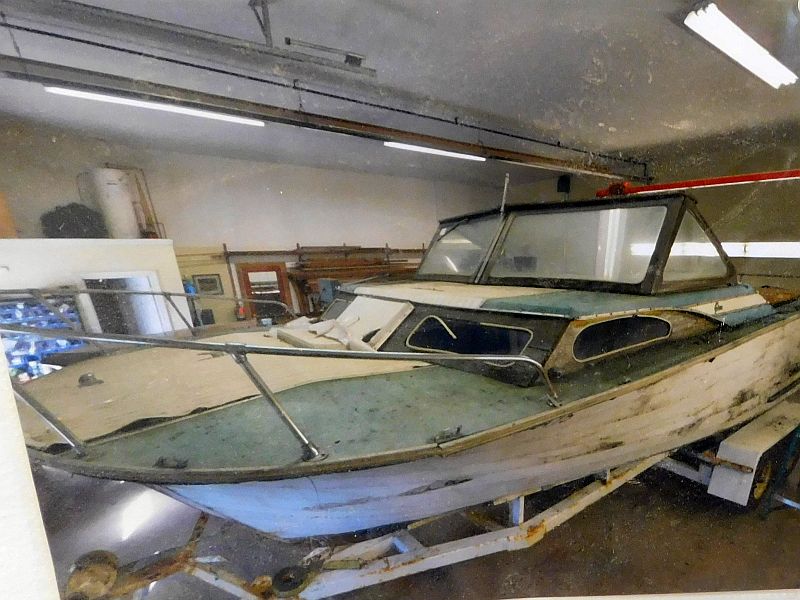 The Grew Overnighter, seen in this photo, is undergoing a top to bottom restoration. (See the photo below.) 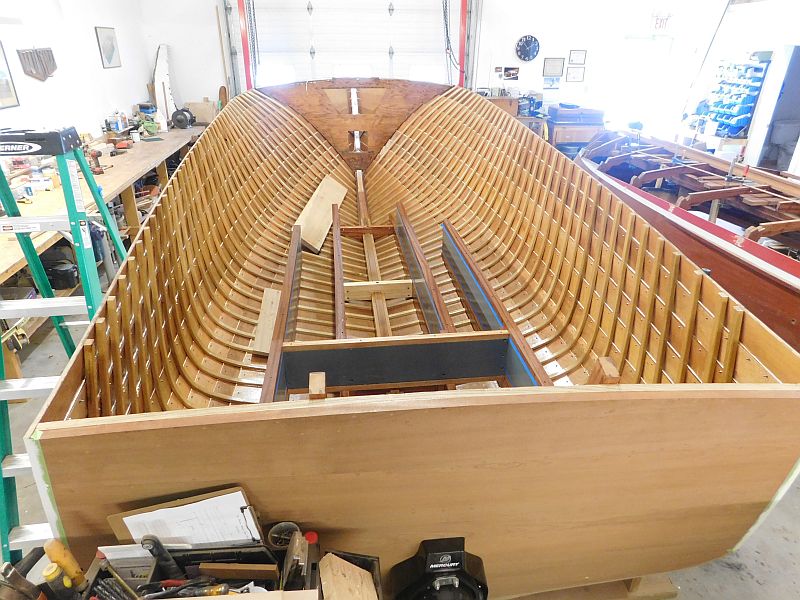 The Grew has been strengthened with thicker lap planks, a reinforced transom and beefier ribs. When installed, the superstructure will provide additional support. 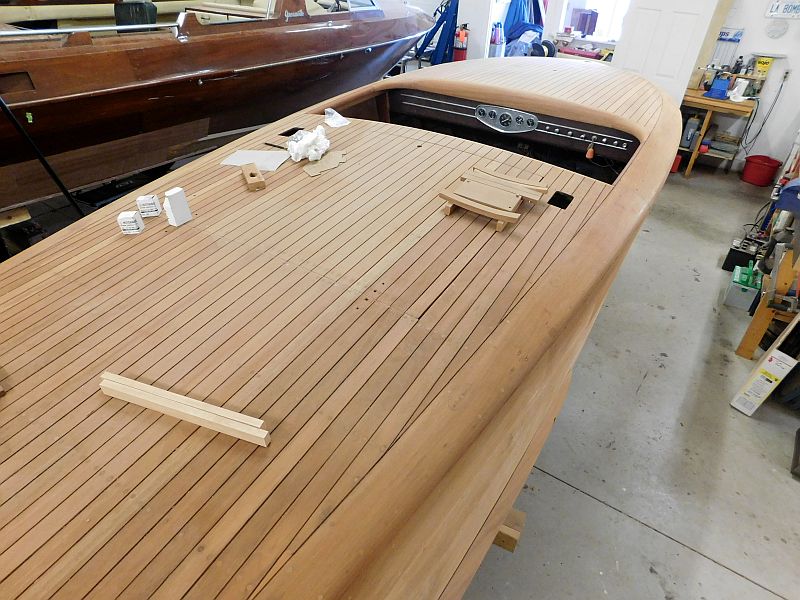 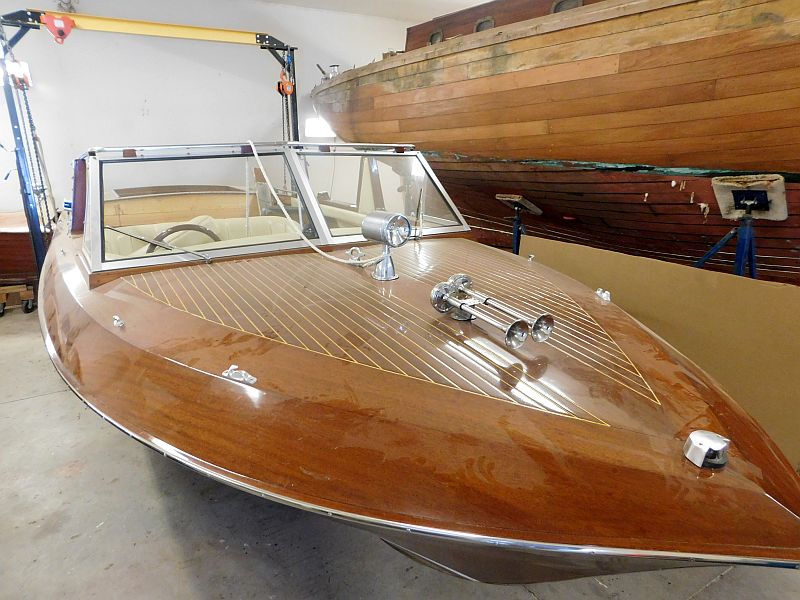 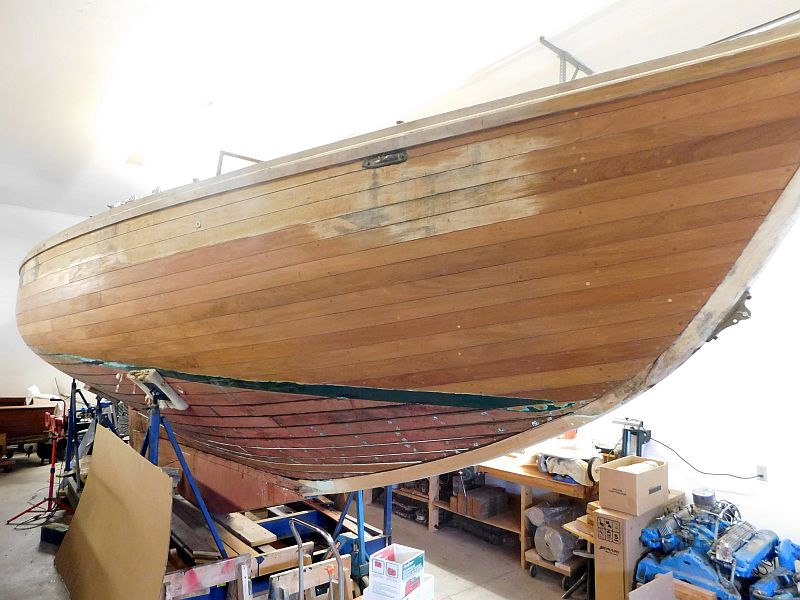 This 34 ft. two masted East Coast ketch, also from the 1970s, is in for some major bottom work and other repairs.. 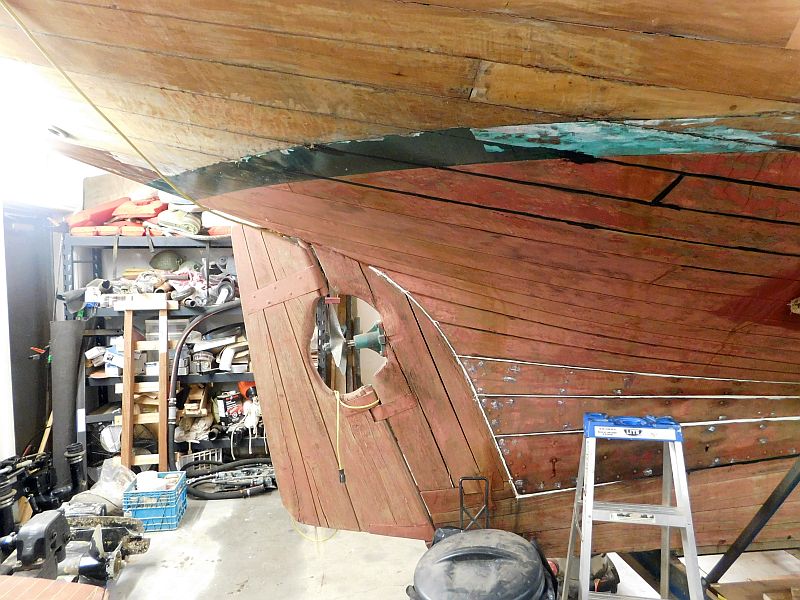 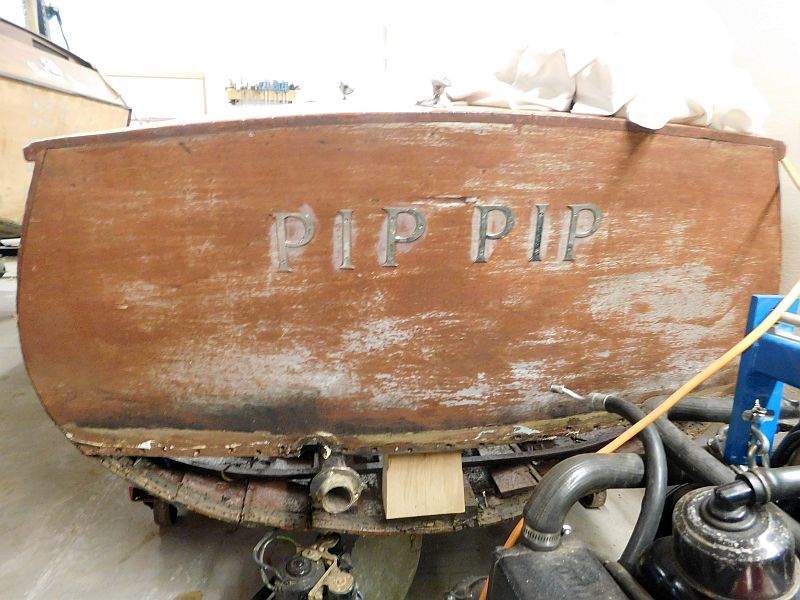 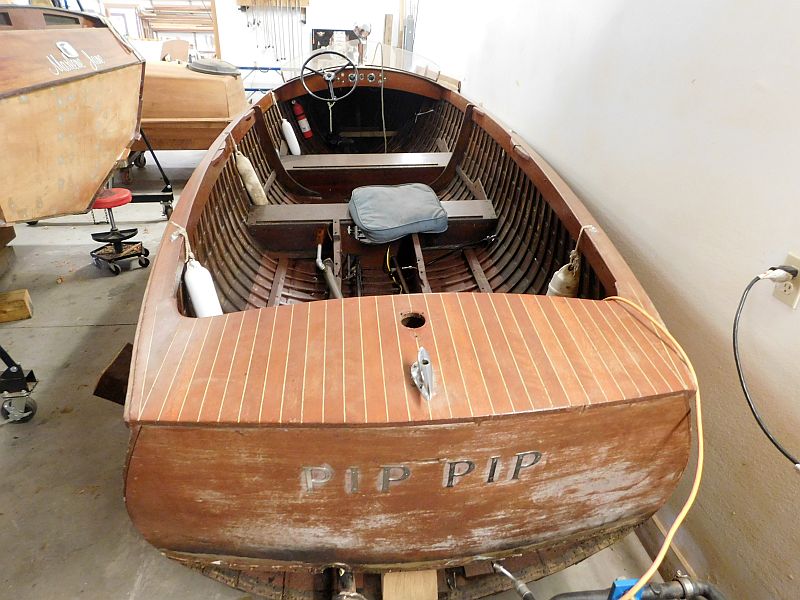 With their Buchan midget engines (see photo below) these Playmates sip gas so gently that a day long excursion on one tank is taken for granted. 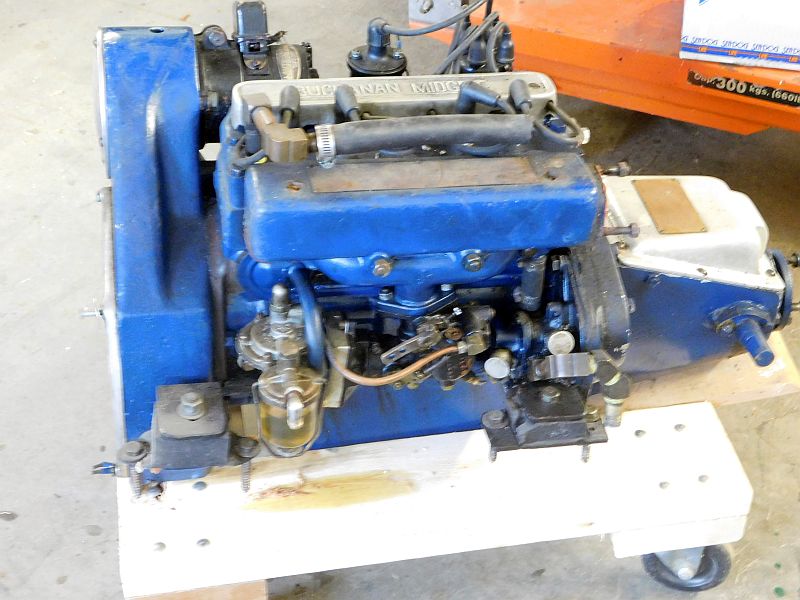 Hundreds of these small, reliable engines were built by Buchanan Marine in Orilla, Ontario