For over a century, Canada has been a challenger on the world stage of rowing. Our rowing champions have rewritten history on numerous occasions, beginning with Ned Hanlan, “the Boy in Blue” and more currently with Silken Lauman, who in 1990, achieved a heroic singles silver at the Olympics and gold at the world championships. The Canadian Rowing Hall of Fame lists those who have achieved excellence in the sport. Rowing requires the ability to combine strength, endurance, balance and co-ordination. The wonderful thing about sports like rowing, is that different body types can compete against each other. Cross country skiing is another example where the little guy can fight it out with the tallest in the field. 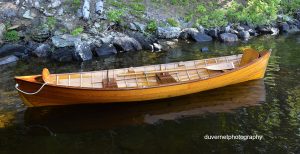 I never tire of reading about the exploits of Ned Hanlan. He was such a showman as well as a tremendous athlete. Brought into rowing out of necessity, he had to row the few kilometers each day from the family house to school, and to market with fish ahead of his competitors.  His fame was so great that upwards of 100,000 spectators would come to watch a race and the purse was equally enormous. But best of all was his ability to put on a show. As the stories go, he would toy with his lesser opponents, feigning fatigue, zig-zagging the course, even crossing the finish line twice.  He lived from 1855 to 1908. 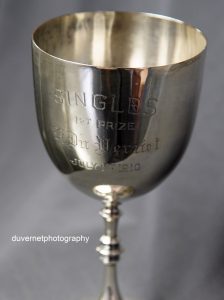 Hanlan’s achievements were significant beyond winning races. He is considered to be Canada’s first individual sporting hero as well as a pioneer of using the sliding seat. In one of his most famous battles, Hanlan used technique as well as strength and endurance to beat the much larger opponent,  Australian Edward Trickett. Hanlan reportedly won 300 matches and defended the world championship title six times. He would become the head coach of the newly founded University of Toronto rowing club as well as an alderman in the city of Toronto.

← Adventures in a Hudson
Spring in the Shops →