Included in Asking Price:
three covers and the trailer
Available at Additional Cost: 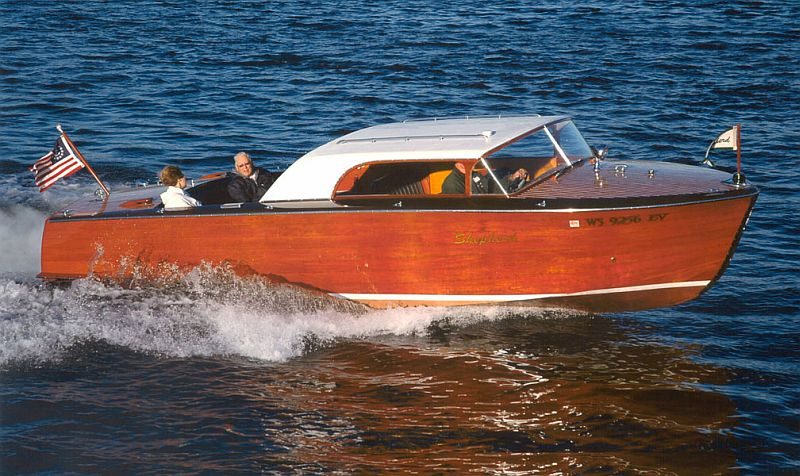 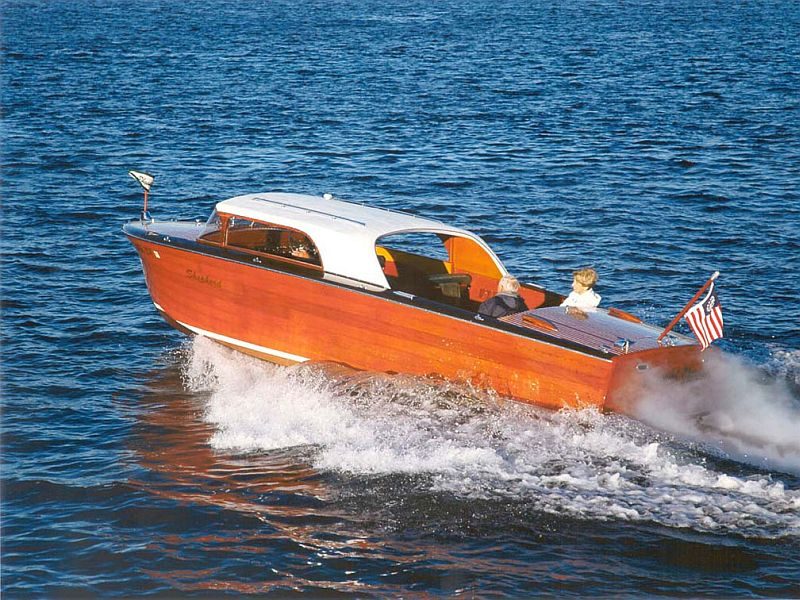 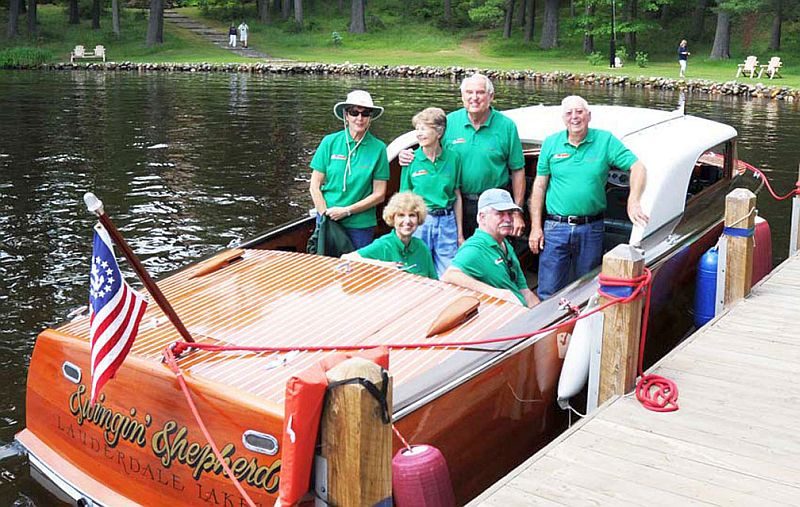 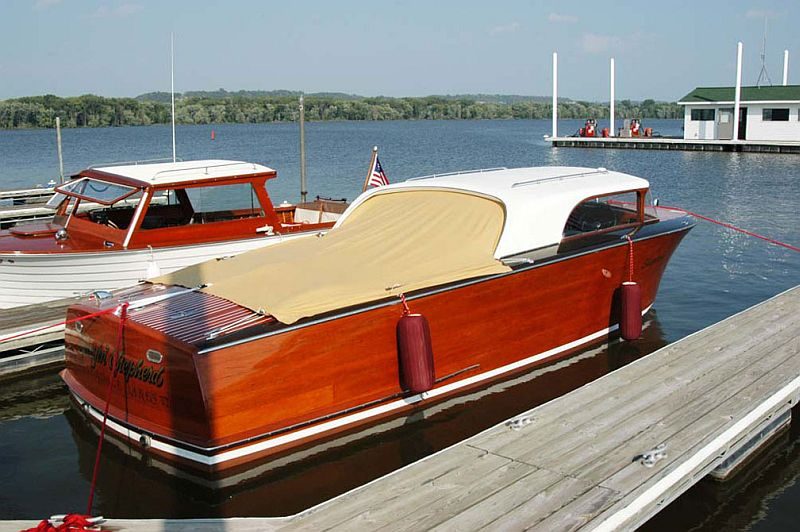 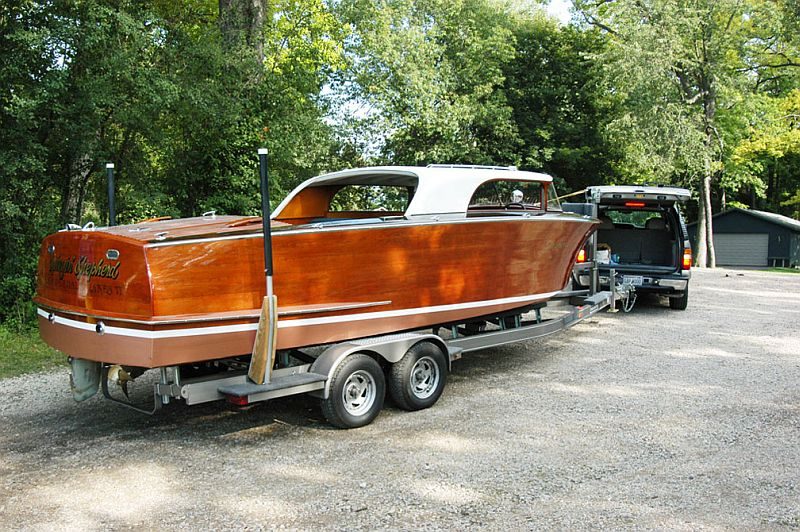 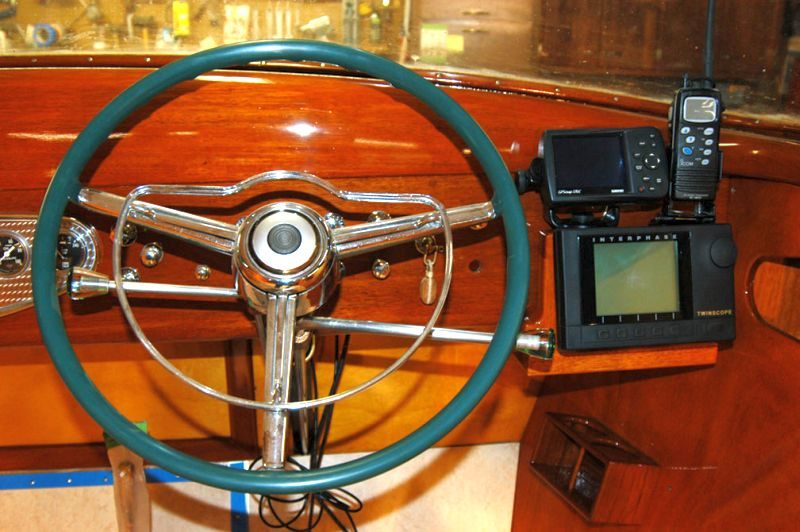 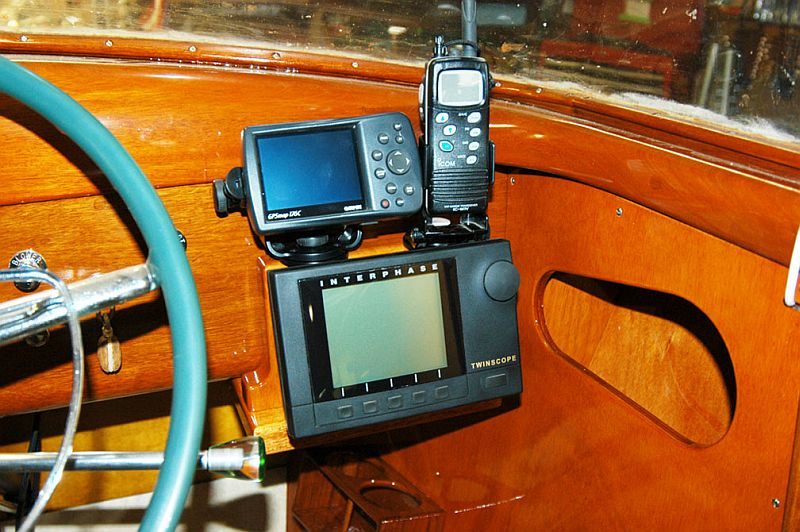 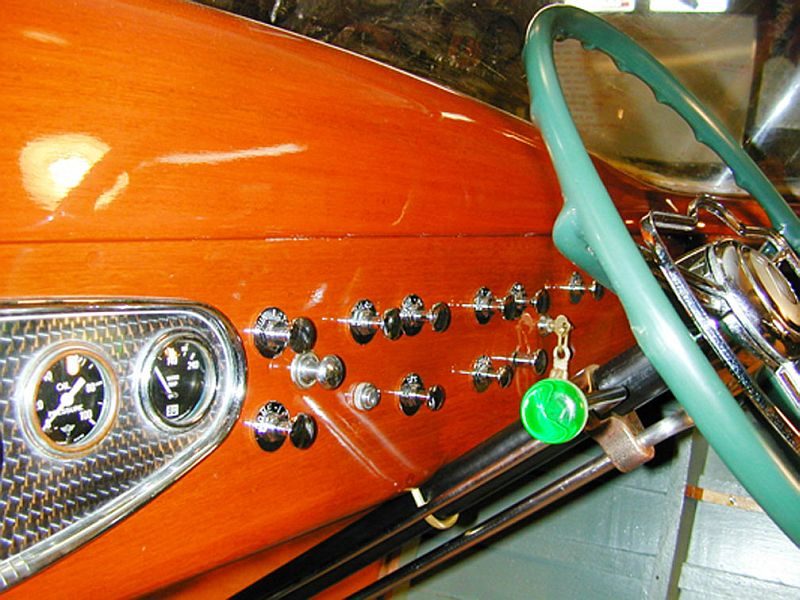 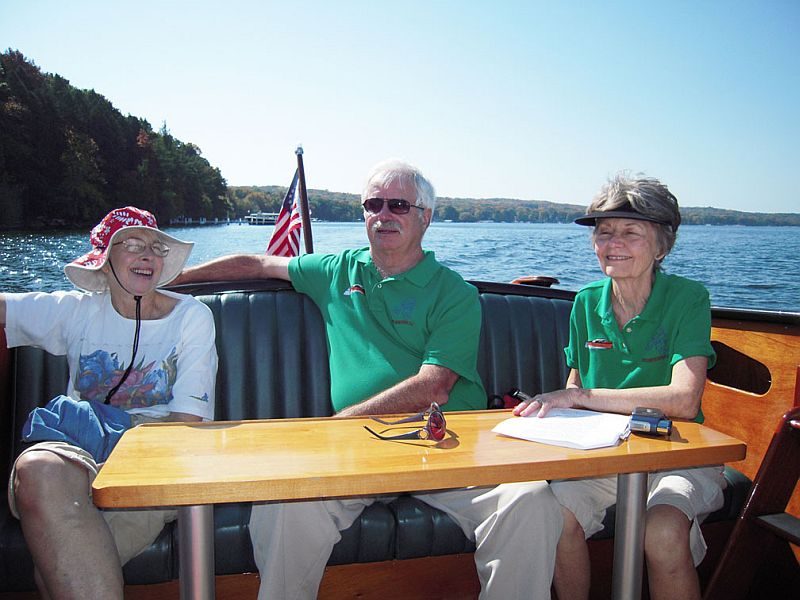 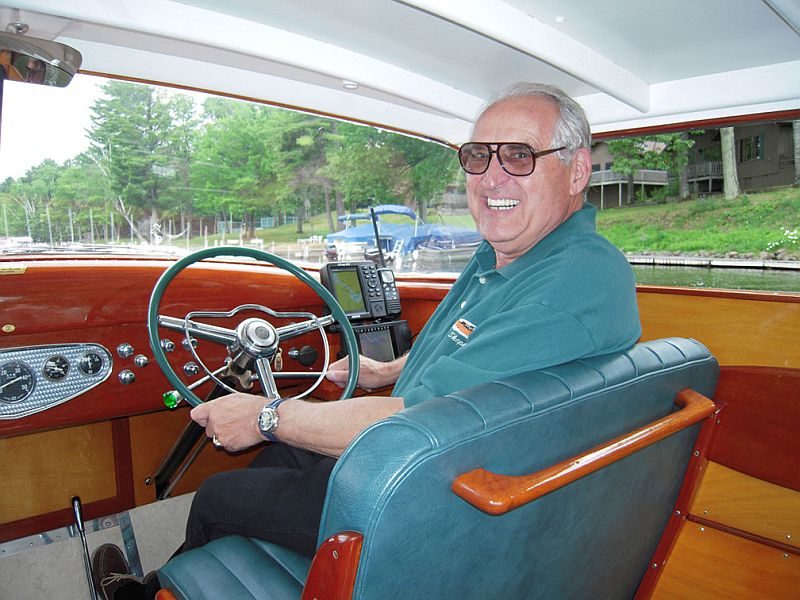 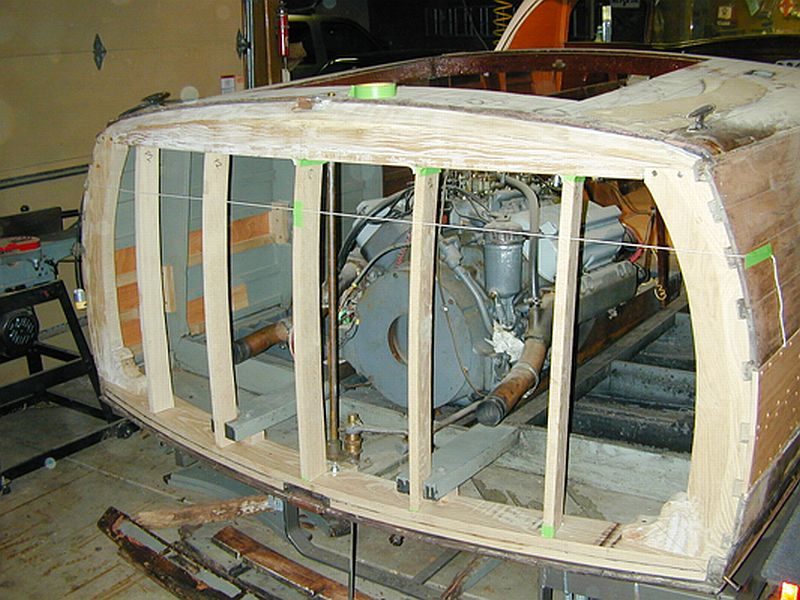 Shepherd Hard Top Sedan: 24 ft, 1954
Thumbnail ad:
Comes with original 331 cu inch Hemi. In excellent condition, and has received many awards, including the Best Classic Cruiser at the 2016 ACBS Lake Geneva boat show. Believed to be the only 24′ Shepherd hardtop in active use. A wonderful boat for multi-day cruises. . The boat can be viewed by appointment in SE Wisconsin. Offers Requested

More detailed notes from the owner below:
A 1954 Canadian built 24 foot Shepherd hardtop is now available. The boat is in excellent condition, and has received many awards; the most recent being, Best Classic Cruiser at the 2016 ACBS Lake Geneva boat show. As an active Antique and Classic Boat Society (ACBS) member, I have enjoyed taking friends on ACBS cruises across the eastern US for over 15 years. This has included cruises on: the Mississippi, the Three Lakes Chain, the Eagle River Chain, the St. Lawrence, the Rideau, the Upper Ottawa, the Hudson, and the Finger Islands of Lake Huron. We have always enjoyed waving to the open boaters as we pass them on rainy days with our side windows cranked up and our windshield wipers active. Unfortunately, I am now in my 80’s and have lost most of my crew. Hence, I am now basically limiting my boating to local waters in my GarWoods.

The original Hemi V-8 has been rebuilt, (approx. 1998) and it has run great for my 16 years of ownership. In addition to replacing the transom, I replaced some covering boards, chines, frames, all of the interior side paneling, all of the flooring, and the fuel tank. I converted the power train from a remotely activated hydraulic shifter to a classic floor stalk shifter for greater ease in docking.

I added a Garmin GPS, an InterPhase forward scanning sonar, and a marine phone. These units are mounted on a mahogany bracket in front of the dash on the right side of the helm. These units make cruising much safer. I also built a removable maple picnic table which can be installed in front of the rear bench seat. All the seats have been re-upholstered in a shade of green matching the steering wheel, and the new stalk knobs. A two axle heavy duty trailer with surge brakes on each wheel, and three covers are included. (Larger axles and tires were installed in 2013).. The boat can be viewed by appointment in SE Wisconsin on Lauderdale Lakes, which is 15 miles NW of Lake Geneva. My mail address is N7622 Pleasant Point Circle, Elkhorn, WI 53121.