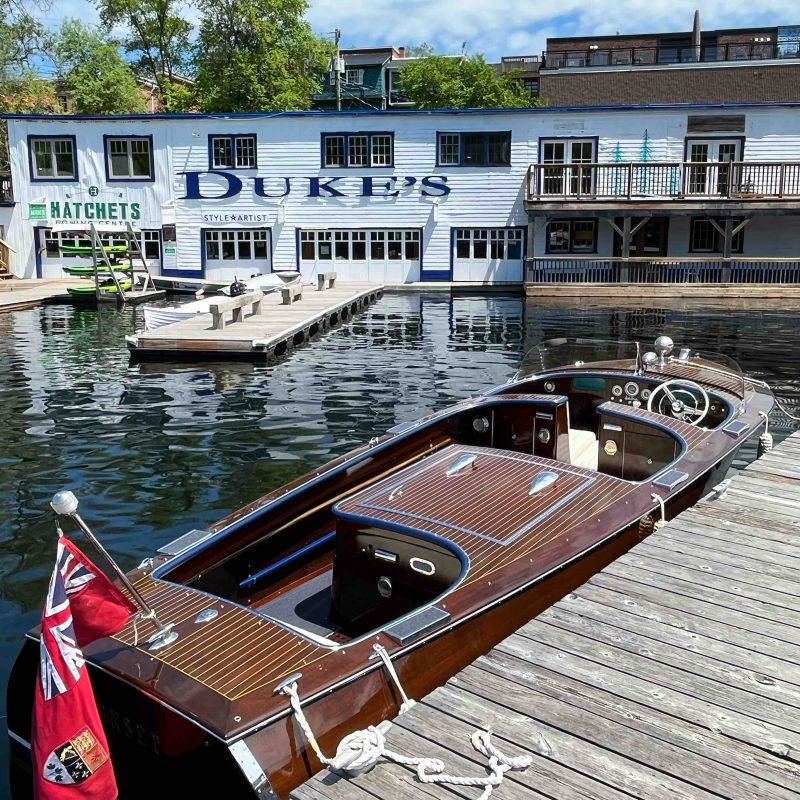 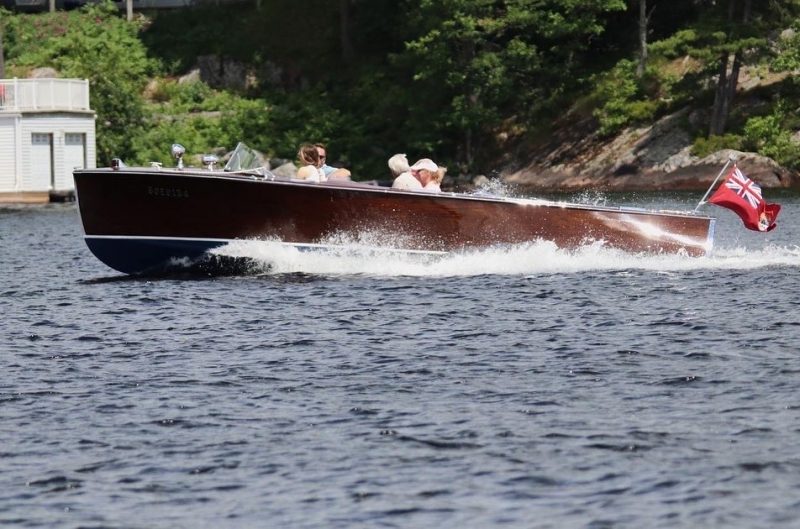 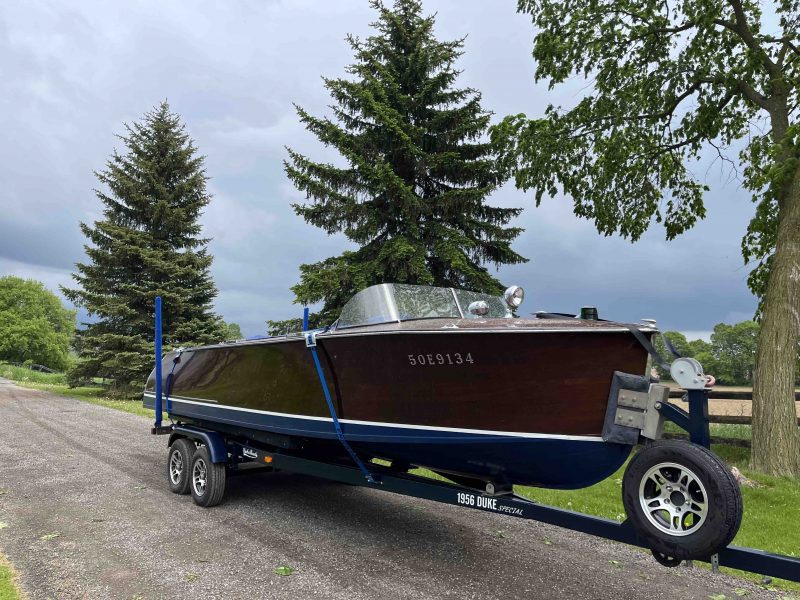 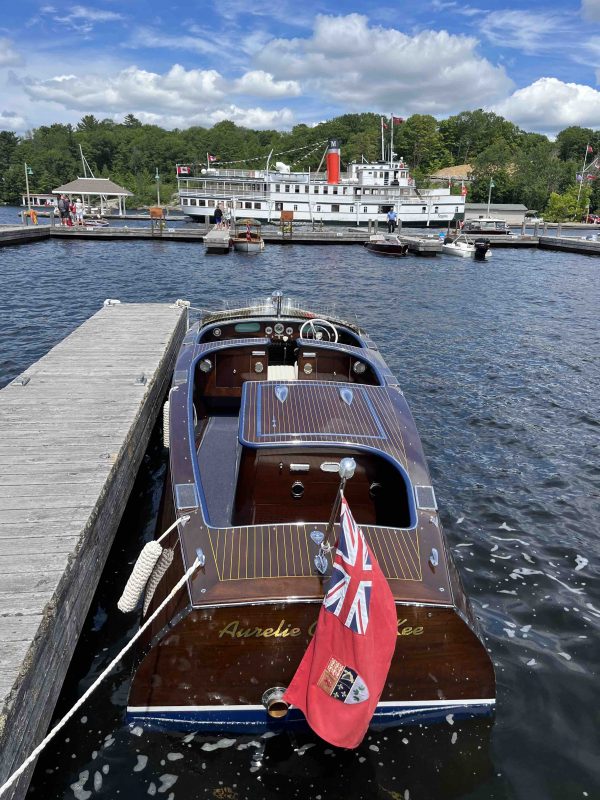 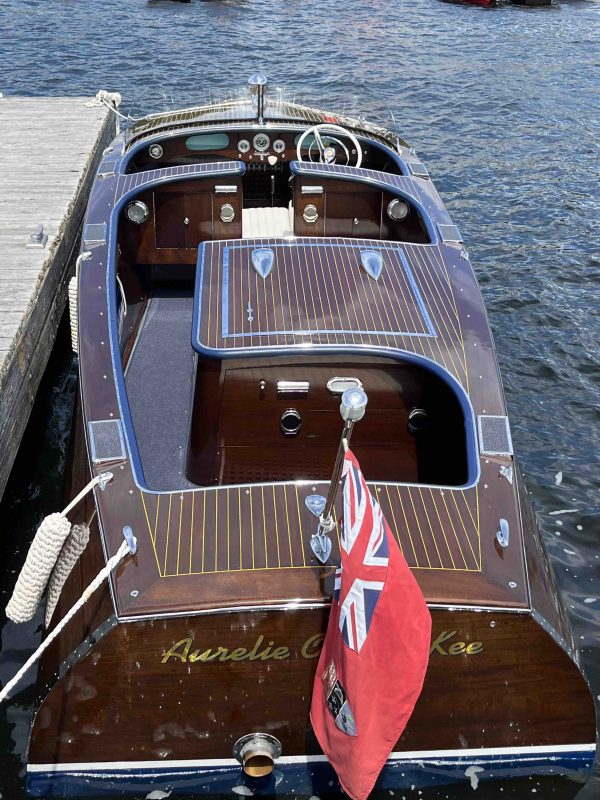 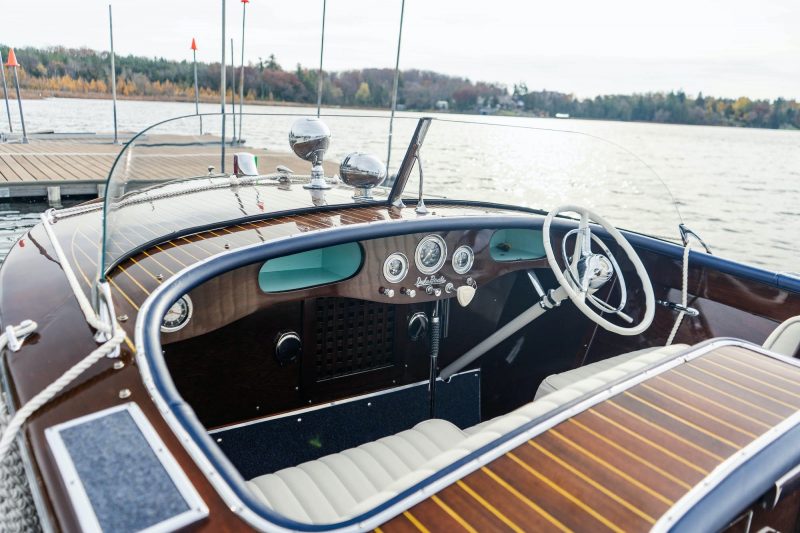 This 22′ Duke special was one of only two built, off plans from John Hacker of the Hacker Boat Co. It was commissioned by the Dunn family in the 1950s, who are well-known locally for creating the Dunn’s Pavilion concert venue on Lake Muskoka, which became The KEE to Bala in the 1960s. The boat was used to entertain the headline musical acts on water, including the likes of bandleader and champion hydroplane racer Guy Lombardo, and rock and roll pioneer Fats Domino.
Gerry Dunn named the boat “Aurelie”, after his wife.
This Duke Special is now powered by a Mercruiser 5.7 marine system, comprising a 350hp 5.7-liter cast iron V8 engine. Its through-hull propeller shaft coupling has been upgraded in the past to accommodate the increased output of the Mercruiser 5.7 system. The impressive output is partly thanks to a Mercury Marine system and high-flow cylinder heads. It has a bore and stroke of 4.00 x 3.48, with a compression ratio of 9.4:1. There is also a new water drain system to simplify winterization, and a turn-key starter system. This Mercruiser 5.7 system has a dry weight of 888 lbs.
The S-Style Cockpit is well appointed with beautiful white seats, trimmed in blue piping. In the cockpit, there is an elegant white and chromed metal steering wheel, a trio of Stewart Warner instrument gauges, and two glovebox areas for oddment storage. Further back are two bench seats, with the engine compartment between them. A drinks cabinet is also fitted, with space for an ice bucket, four tumblers, and two bottles of the owner’s favourite tipples.
The Duke comes with a snap on cover and custom trailer.