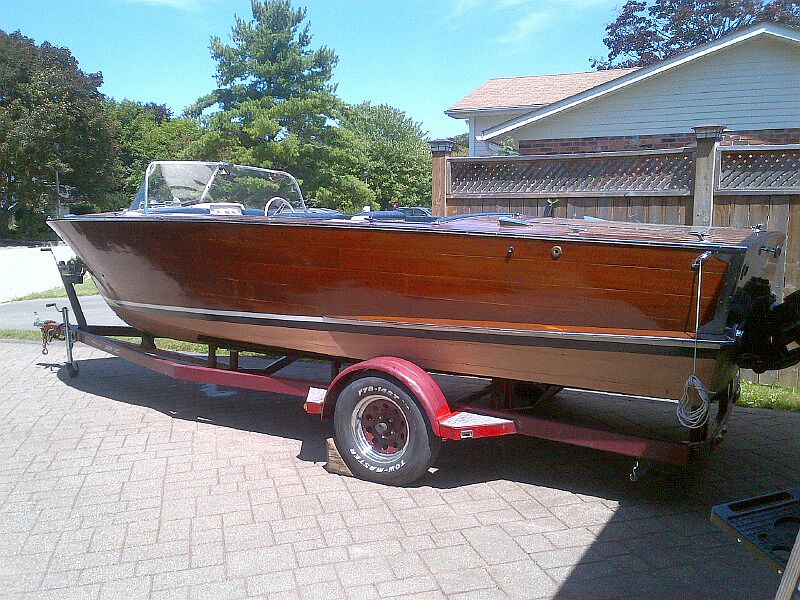 This open cockpit Greavette is powered by a newly refreshed 327 ci Chevrolet engine with Alpha outdrive. The hull is very sound. It has been used often this year (2015). The Sunflash features a reinforced two inch thick mahogany transom, (installed about 7 years ago). The boat will easily pull skiers. The blue and white upholstery is perfect.
Six or seven years ago, the Sunflash underwent a complete “ground up” restoration by Classic boats in Orillia, Ontario. $45,000 was invested in the boat at that time. An appraisal afterwards valued the Sunflash at $35,000. Currently, the deck varnish needs cosmetic work to bring the Greavette back to Muskoka Show Quality. A trailer in good operating condition is included with the sale.
Price: $9,999. For further information, please see ad number pb655 on the Antique/Classic Wood” boats age, or click on the link. pb655
Also below the photos, please see the additional information about the Greavette Sunflash models, graciously provided by Sean Conroy. 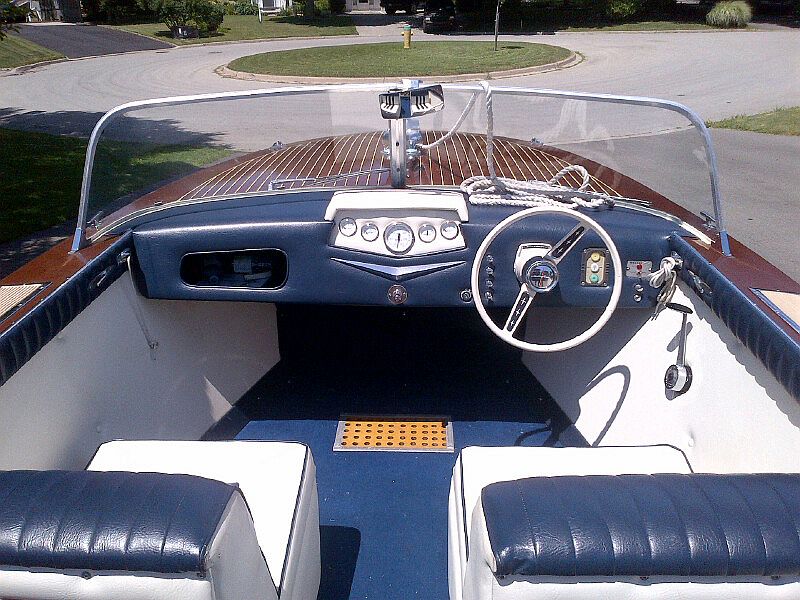 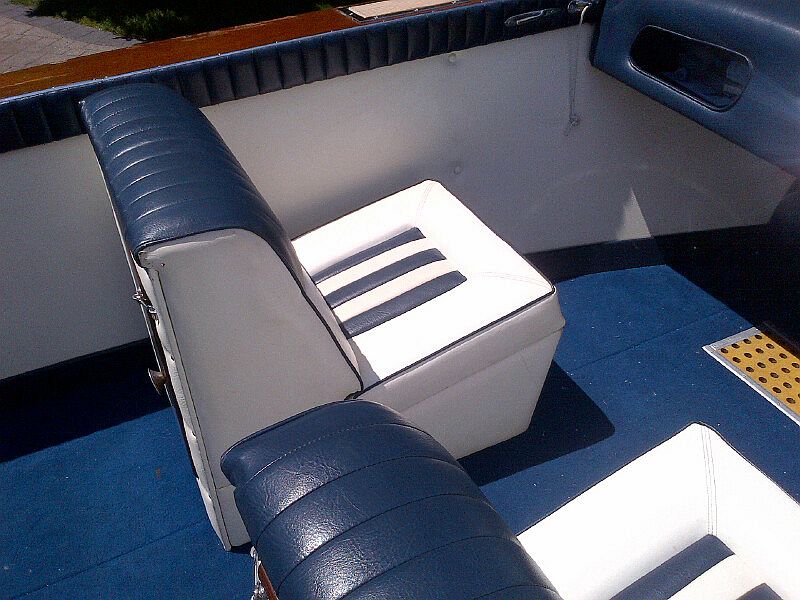 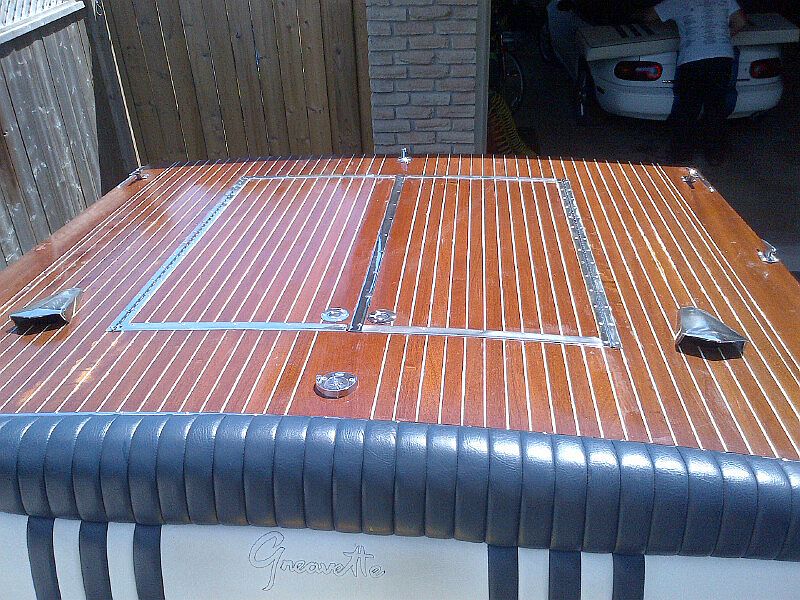 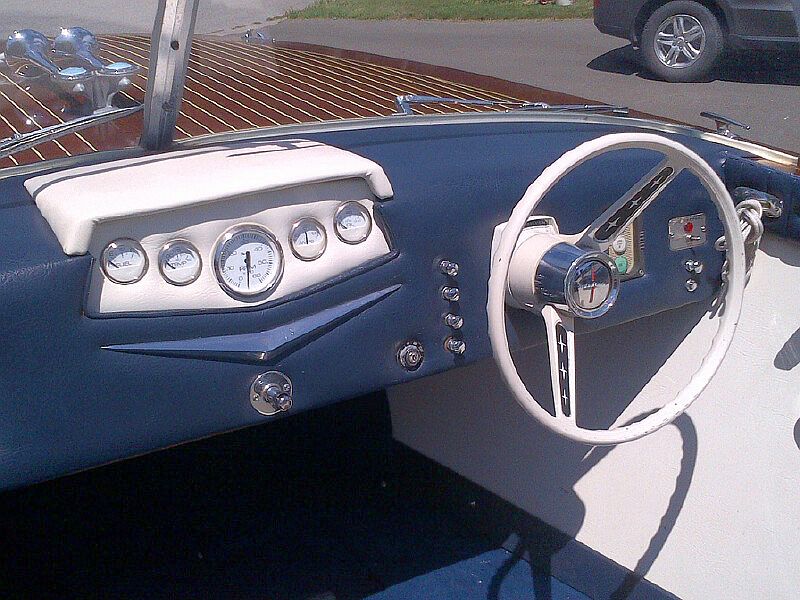 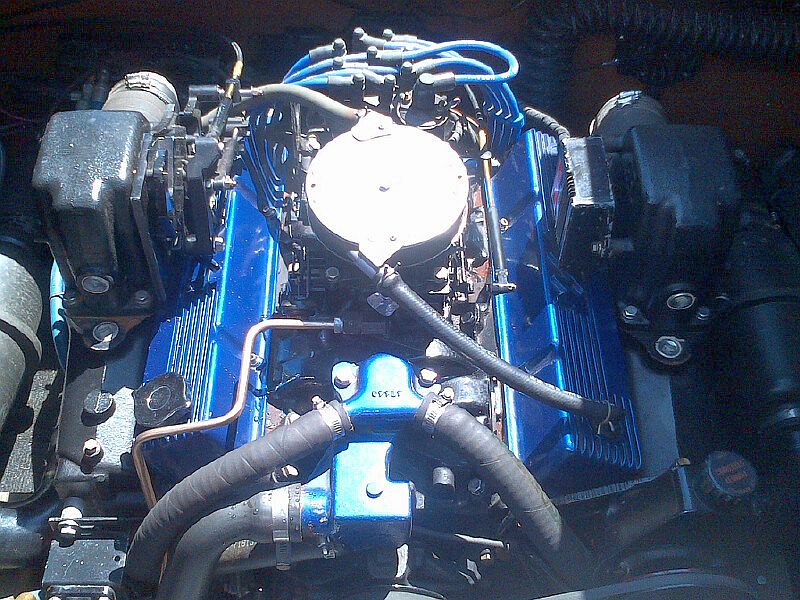 There are a myriad of differences in specification and appointment in all areas. Some even follow running changes during a production model year. There are also custom orders that are unique. I have documented many of these but, it would take a book to compare and contrast them all.