You are browsing the archive for Alzeda | Port Carling Boats - Antique & Classic Wooden Boats for Sale.

Alzeda: the ultimate in a Gentleman’s Racer 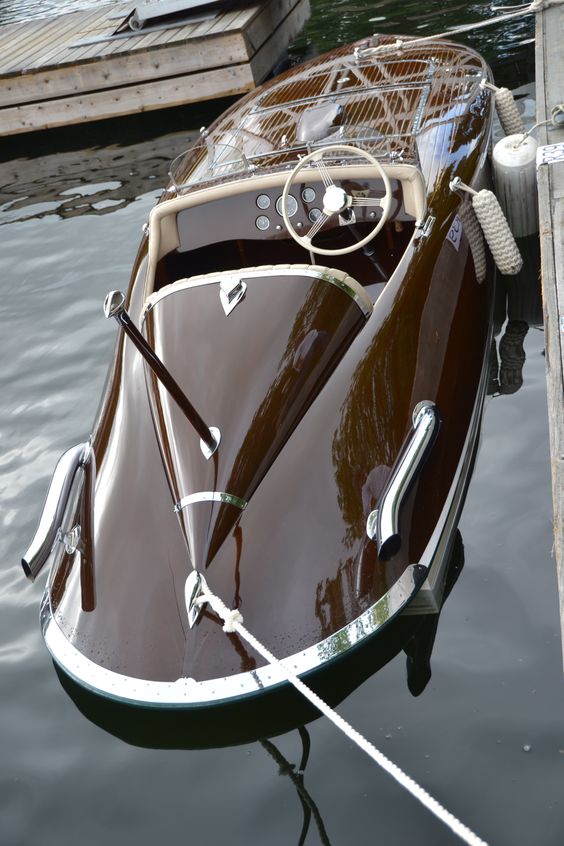 Alzeda was one of the prized boats in the collection of Tom Mittler, who assembled an illustrious collection of prestigious wooden boats including Baby Bootlegger, Dix and Delta.
Mr. Mittler would frequently seek out Canadian boats, as the Canadians had a reputation for building extraordinary boats in both style and performance. Some would argue he was taking the best Canadian boats to the USA and that was a cultural shame.
In any event, Mr. Mittler would showcase his boats at various shows so the public could still enjoy them. 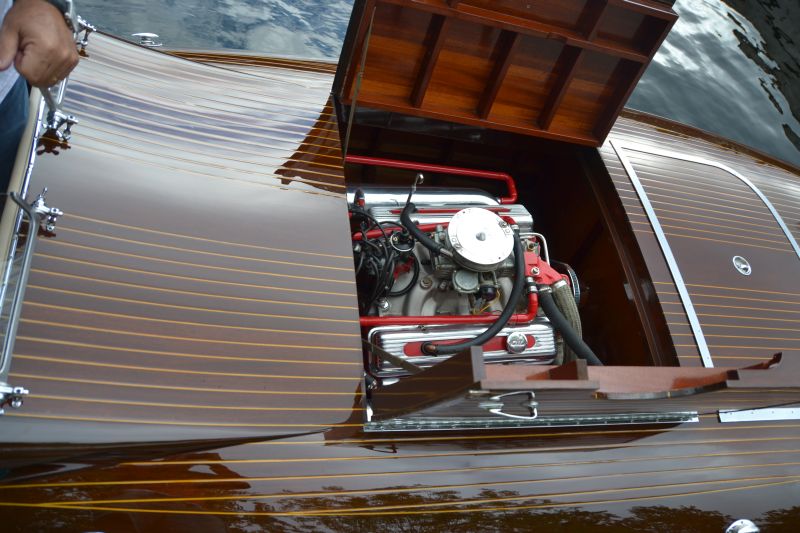 In the book Power to Burn, the Tom Mittler Collection, it is noted that in 1933 Lady Eaton of Eaton’s Department store fame engaged Minett Shields to design and build a “one off” boat for her son Edward. This boat was designed just after Amelia Earhart became the first women to fly across the Atlantic Ocean. Mrs.Eaton was a very competitive lady who was never afraid to go fast. Looking upon this jazzy roadster of the lakes one cannot help but see the aero inspired design in her lines.
Alzeda  was not only designed to be striking; she was built with a single step to run for speed like other Gentleman’s racers. She also had the “mother-in-law” front cockpit to meet the new gold cup racing requirements for seating for 4 and a closed engine compartment.

In Wood and Glory – Muskoka Classic Launches by William M. Gray and Timothy D Vernet there is a lovely picture of Alzeda with the caption below.
“Built with a single step the 18 foot Minett Shields Alzeda looks better than her reputation. She has explored the bottom of Lake Rosseau Rosseau a couple of times. This was a boat that was also built for speed.” 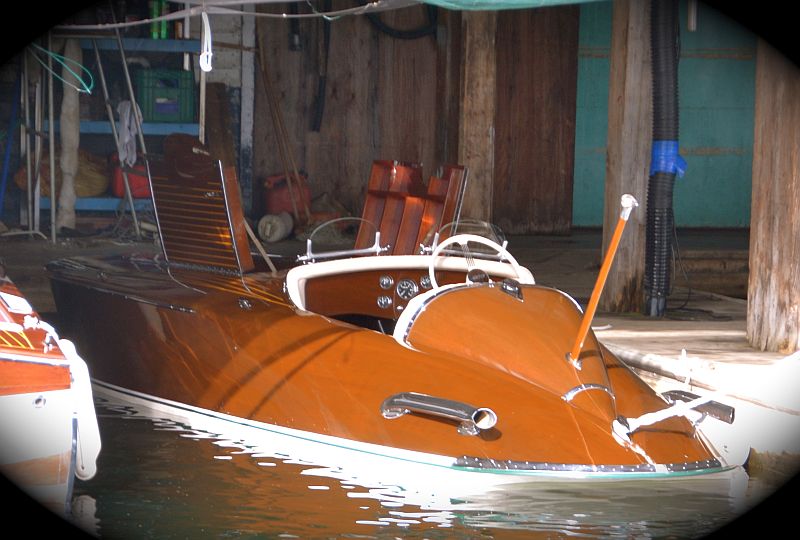 Alzeda is a spectacular boat to view from many different perspectives;
the bow of the boat has a subtle rake and curve that creates a long deck, highlighted by a chrome ring around the mother in-law seat and the engine hatch area. The hatch engine cover was one the first to use the wood and chrome grill in the scoop for ventilation.
The deck rose up to create a built-in windscreen that in proportion and scale is perfect. This raised coaming has built-in navigation lights that allows the steering wheel to sit at the perfect angle for spirited driving.

The chromed dual exhaust pipes are curved and taper with the same angles as the boat tail design; This racer is a striking example of Art Deco craftsmanship far ahead of its time.

Alzeda is a masterpiece that many people admire and appreciate.