A visit to the historic Bigwin Inn. 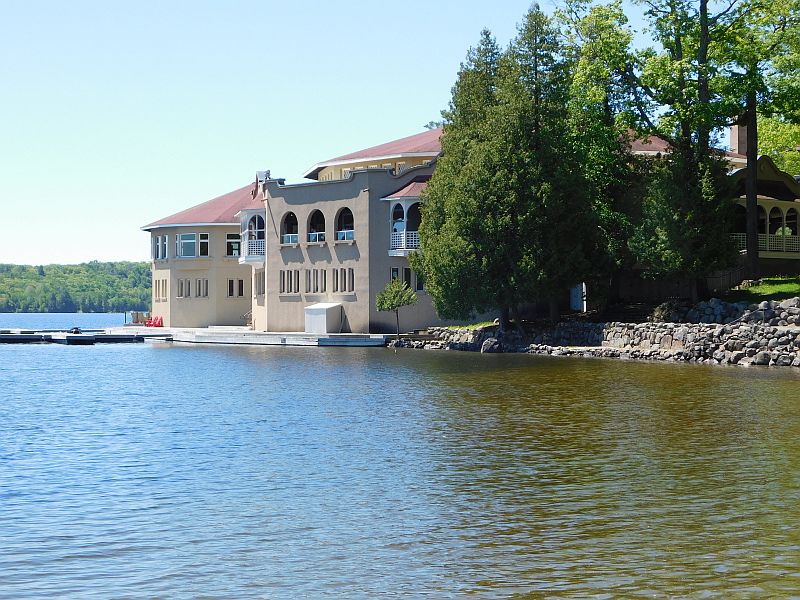 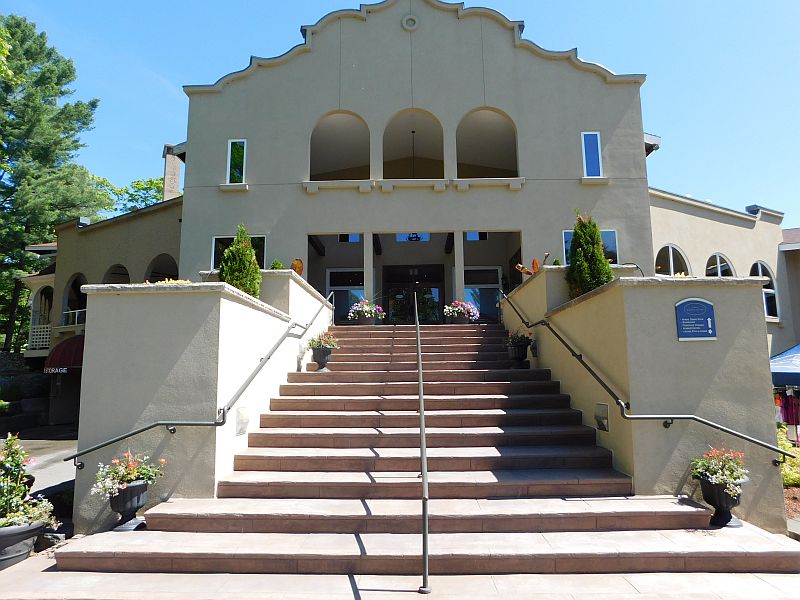 The main entrance to the dining areas 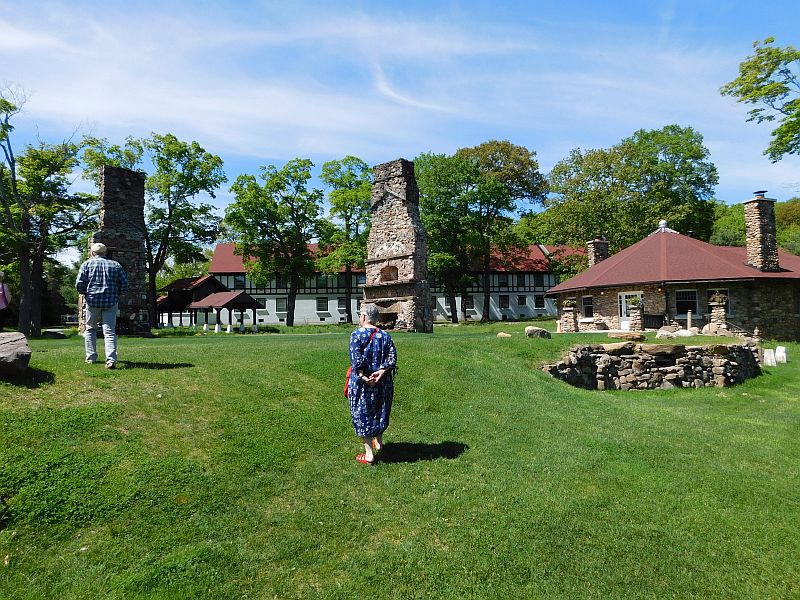 Behind the dining halls are the Tea room and the hotel suites, now converted to condominiums. Fireplace remains shadow a demolished structure.

Begun in 1915 and opened in 1920, the famous Bigwin Inn was once the largest and most luxurious resort in North America. Located on Bigwin Island in the Lake of Bays,  Muskoka, Ontario, the Inn has played host to the rich and famous over the decades. Clark Gable, Queen Juliana of the Netherlands, Prime Minister Diefenbaker, the Blacks, Westons,  Kennedys and Rockerfellers all found their way to the Inn.  Entertainers included Louis Armstrong and the big bands.

Guests would travel to Bigwin by steamer…the “Bigwin”….(now restored and fully operational) Wanda III or other watercraft. Golfing, swimming, boating, tennis, and horseback riding were some of the amentiies offered.

After a period of decline beginning in the 1950s the Resort fell into a period of dereliction,  until substantial restoration was undertaken in the 1980s. Some of the iconic structures, such as the Rotunda, had to be demolished.  The Inn’s remaining  hotel suites have been converted into condominiums (with more on the way) and it still offers fine dining and public use of the world class eighteen hole golf course in the shoulder summer seasons.
How fortunate that this iconic landmark has in large part  survived and been modified to meet the needs of the current generation(s).
Enjoy the video below.

The Tea Room provided refreshments for guests arriving at between meal times.