You are browsing the archive for Grew Jolly Giant for sale. | Port Carling Boats - Antique & Classic Wooden Boats for Sale.

Notes from the owner below:
“This “barn find”  Grew is a true Georgian Bay boat.  I have a complete survey from May 2016 by David Buchanan. He went over every inch of this boat and found it to be in sound shape. Bottom and side planks are all rot free and ribs and frames the same. The Grew received a market evaluation of $45,000 to $55,000

The boat is in need of a total paint and varnish job and new upholstery too. I put the Jolly Giant into the water last summer and got the engine working like a top. I installed a new gas tank, filters and carburetor.

The motor is a Buchannan 283 v8 and looks like and runs like new. I did a compression test and all cylinders are perfect.  (The engine is a Chevrolet small block V8, marinized by Buchanan, and installed in the 1960s). Running time on the engine has been low since installation.

This boat would be easy to complete cosmetically.  The price compares very favourably with the two other Jolly Giants on your website.” 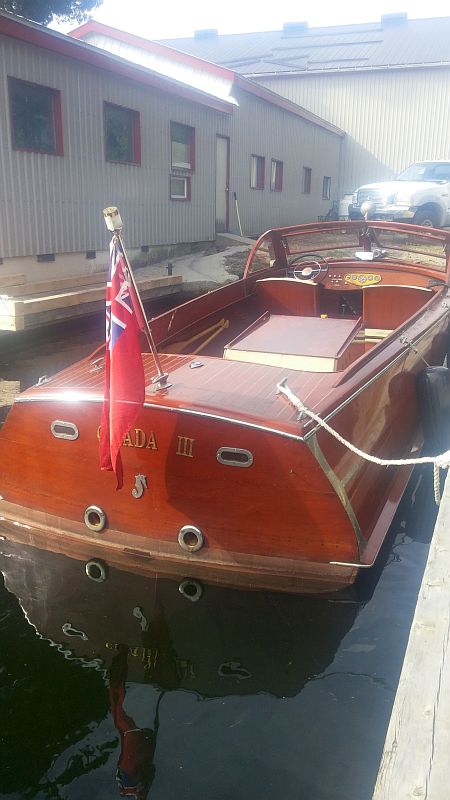 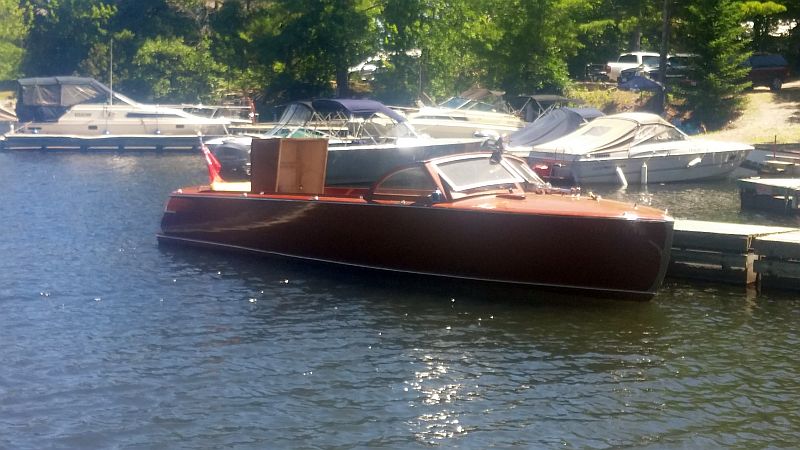 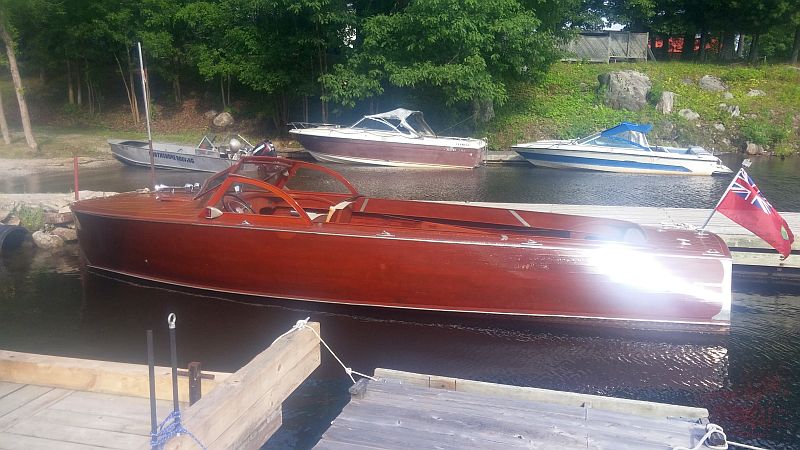 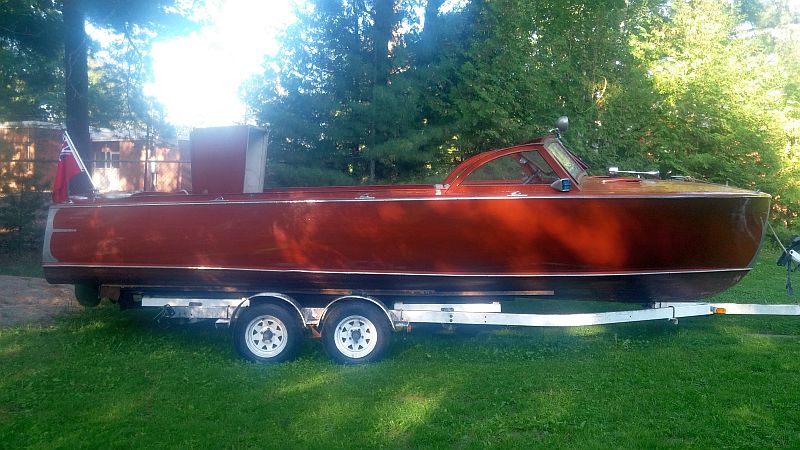 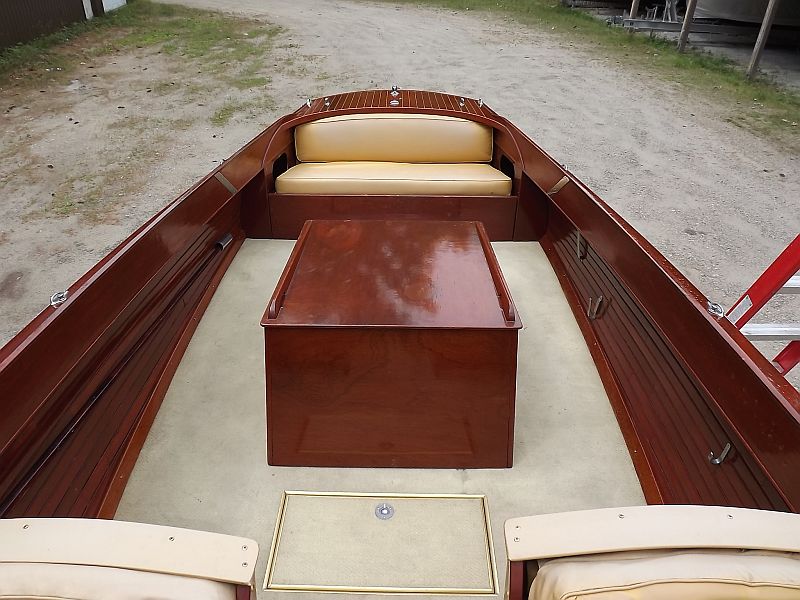 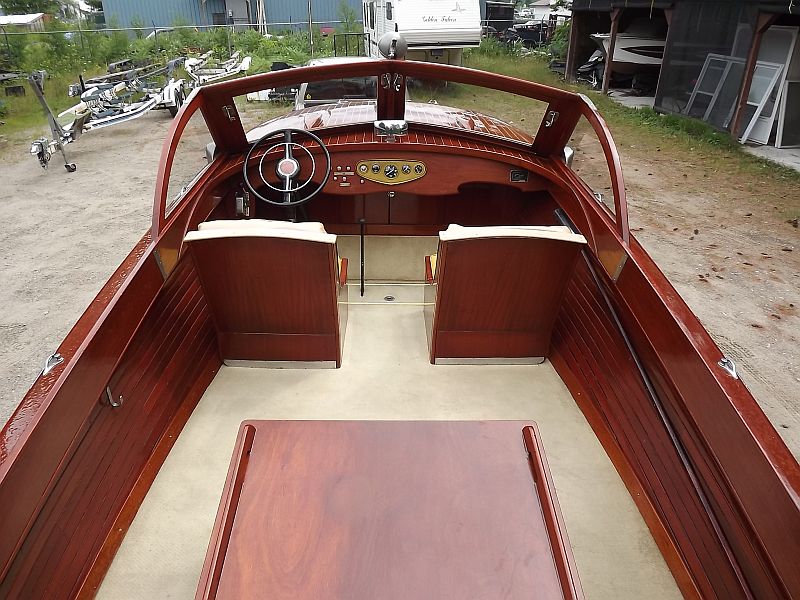 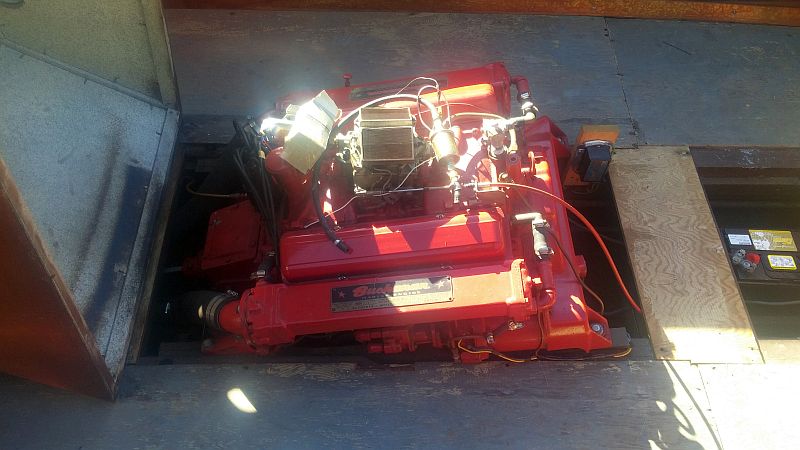 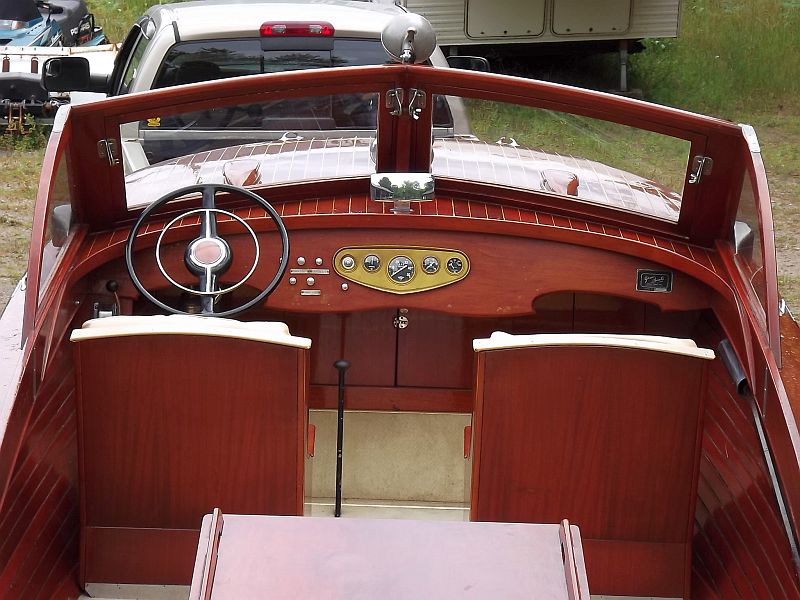 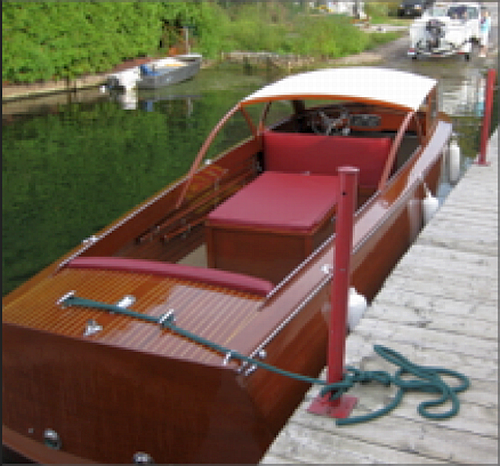 When Heydon Island was sold in 1998, The Golden Fleece was retained by the family and restored over time with the project completed in 2011. “Golden Fleece” is powered by an eight cylinder, 275 hp, 327 ccc Chrysler marine engine, rebuilt in 2011. The motor is in excellent condition, with less than 100 hours use since the rebuild. Although she was built at Jackson’s Point, she has always been a “Muskoka boat”, never having spent any real time in any other waters. 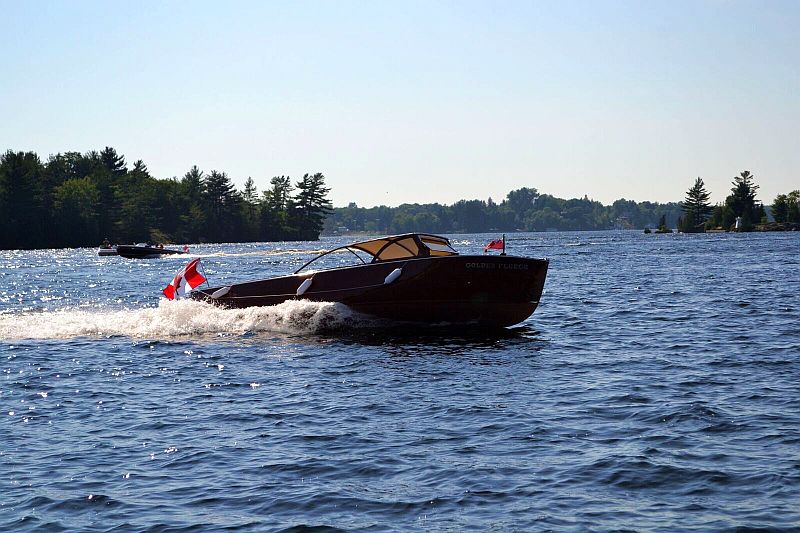 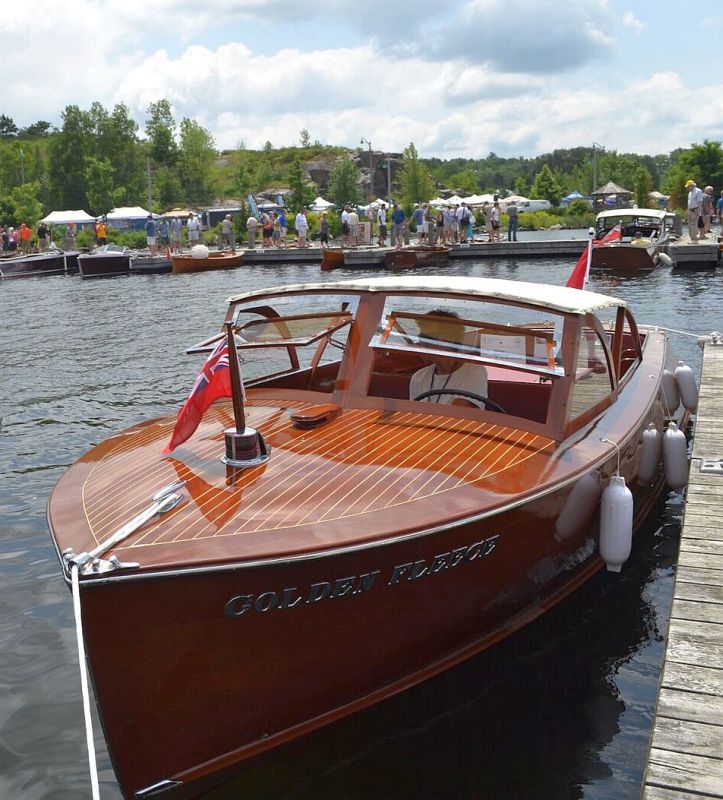 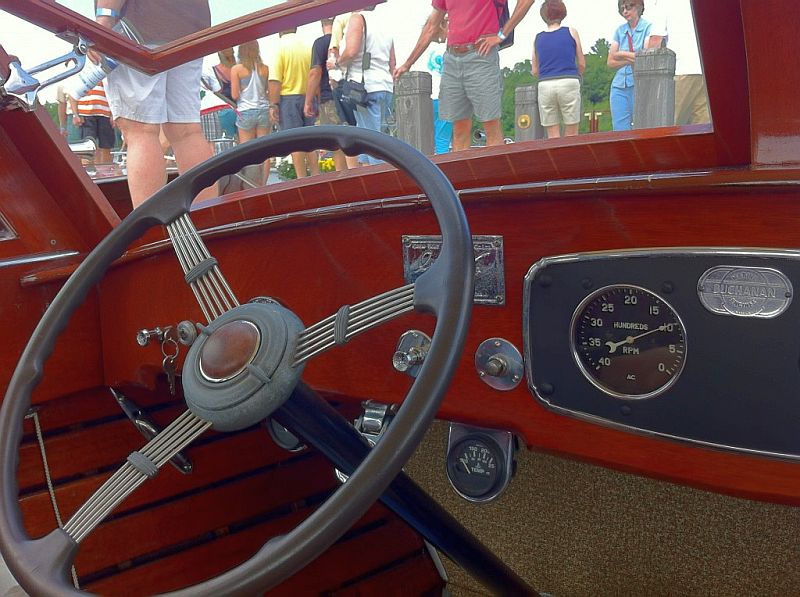 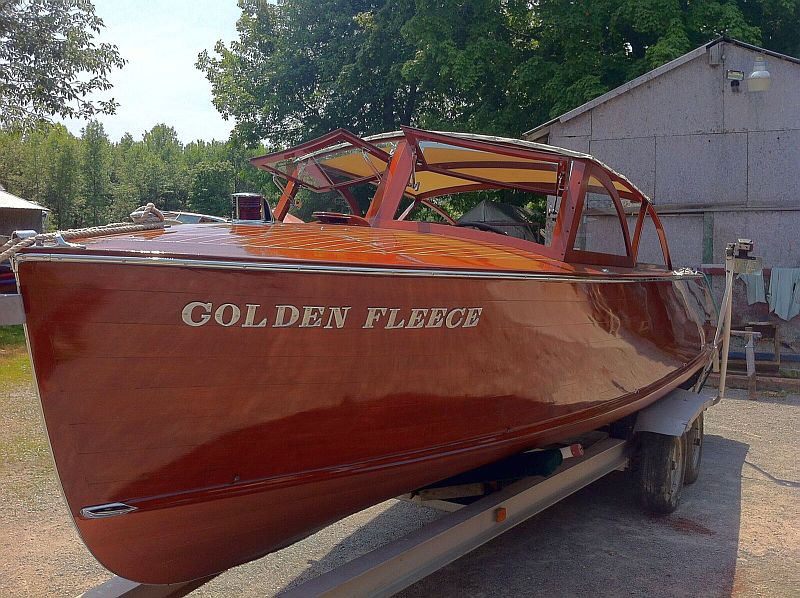 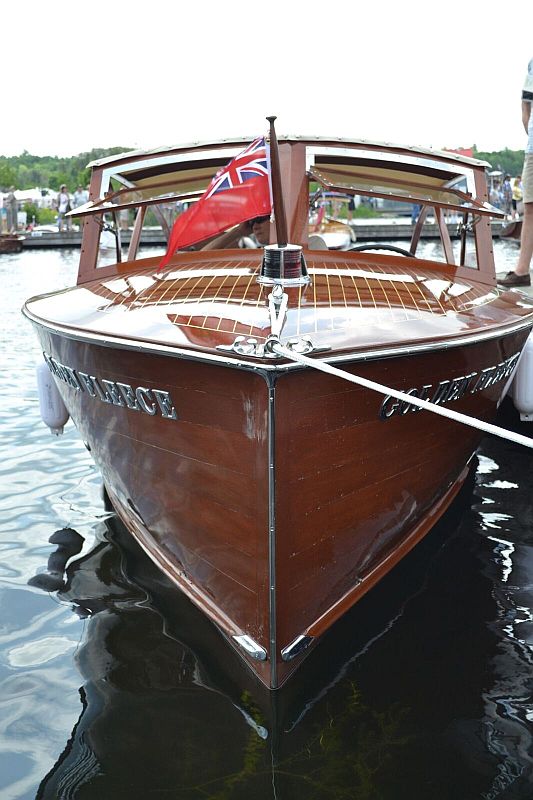