You are browsing the archive for Muskoka cottage rentals. 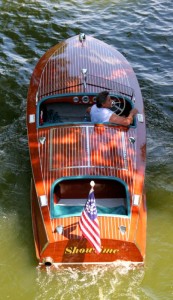 This festival is one of the largest shows in the USA. The warm, sunny weather, a usual feature of the show, is a big draw for winter weary enthusiasts from the Northern States and Canada.
To register, or for further details, visit the Sunnyland Chapter Antique and Classic Boat Society, at http://www.acbs-sunnyland.org/

Enjoy the video and still from a previous Tavares show blelow

Duke utility: 19 ft., 1950
This Duke is a beautifully restored and maintained example of wooden boat craftsmanship. The Duke is powered by a 75 hp. 4 cylinder Grey Marine “Phantom” engine, which was completely rebuilt (including the transmission) by Parry Automotive in 2013.The boat itself has undergone a total restoration with the exception of the upholstery, which is in good original condition. The sale includes a custom, single axle bunk trailer and a full cover. Owner must sell.
Price $21,500 obo. For contact information, please click on the link #pb680 (More photos below).

“Dix:” a testament to progressive design in a gentleman’s racer

In 1927 Bert Hawker designed the twenty-one foot, torpedo-shaped hull that still defines the standard by which other boats are judged. 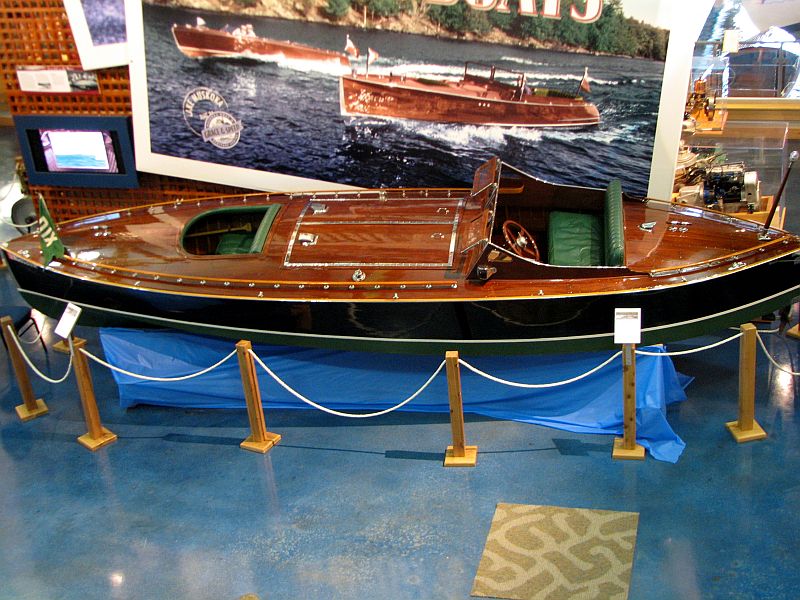 There is something inherently perfect with the Dix’s lines; from her nearly straight side planks to the gentle camber of her deck, which uses both light coloured spruce and dark mahogany to highlight her distinctive design. 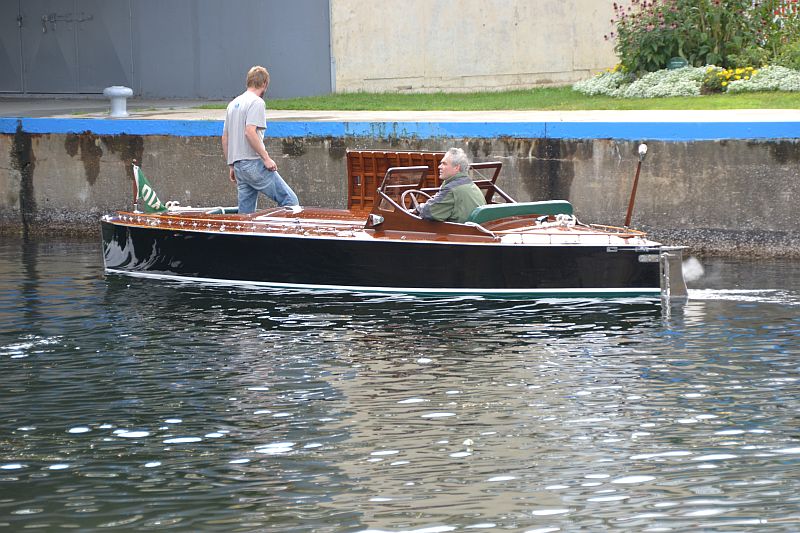 “Dix” was a huge leap forward in boat design in 1927. Even today very few builders will attempt such a project, because of the difficulty in executing both the design and the construction. The Ditchburn brothers, Dix’s builders, were second to none in either design or execution.

One of the most interesting features of “Dix” is her external, “dagger-board-like” rudder which extends from the pointed stern and is moved through a wire cable mounted in a circular, grooved mechanism. The high gloss metallic finish of the rudder acts as a mirror to almost reflect the beauty of this boat. 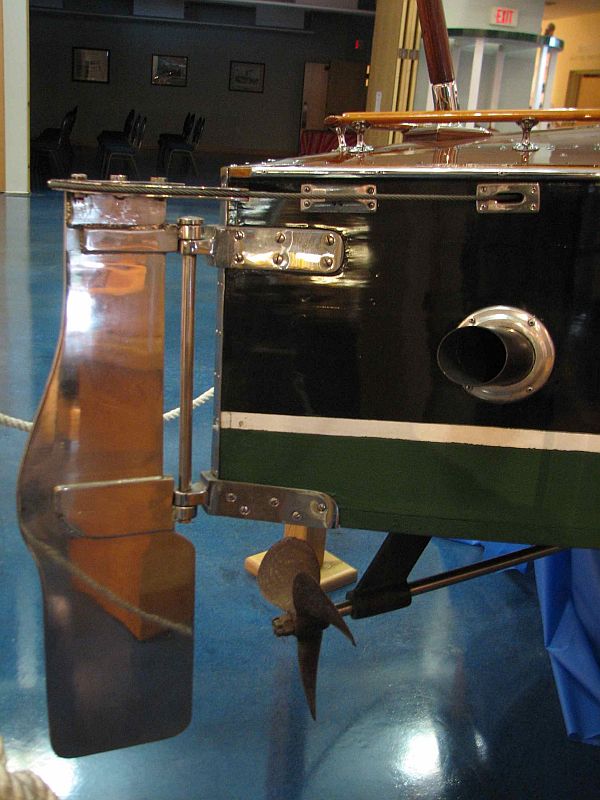 Having an F-6 Scripps engine roar from its side mounted exhaust ports is a race-boat symphony. Owning that boat and engine in 1927 would be akin to owning a Bugatti Veyron today.
It is very gratifying to know that Dix has returned to Muskoka. We hope that she will be seen again this summer on the waters of Lake Muskoka. 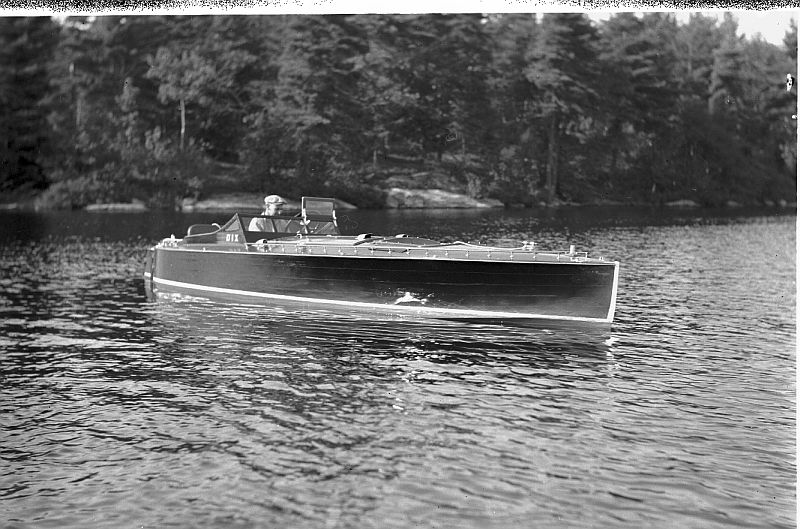 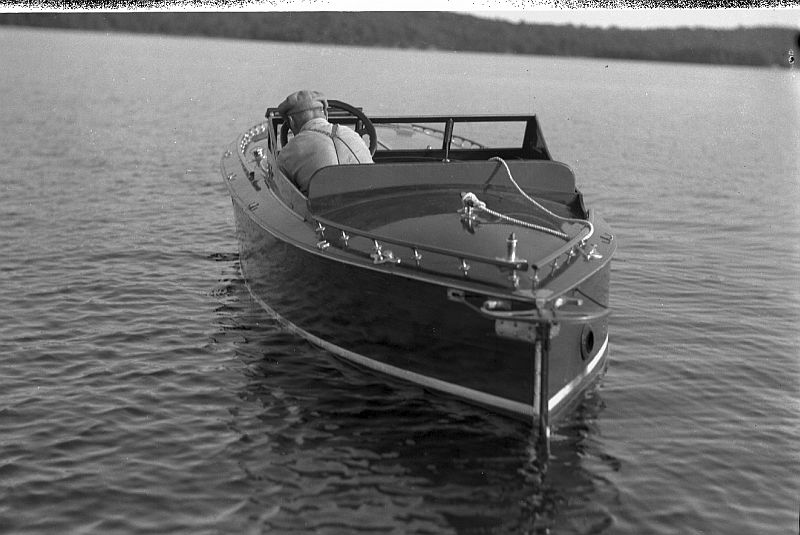 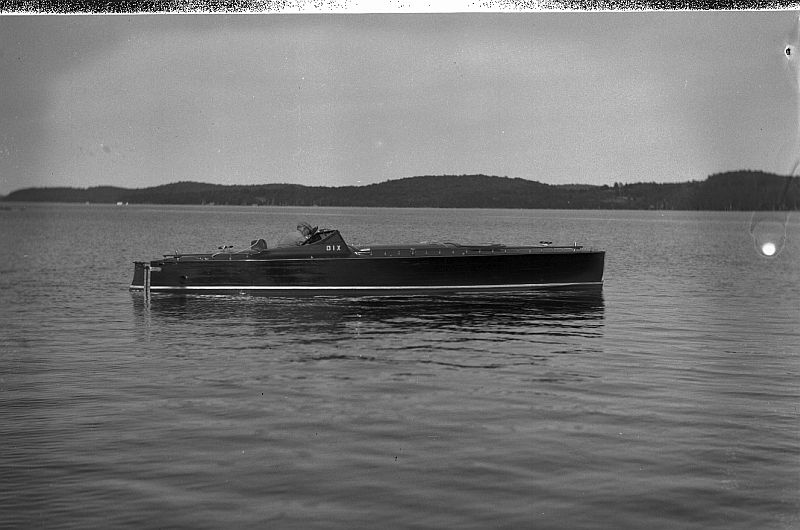 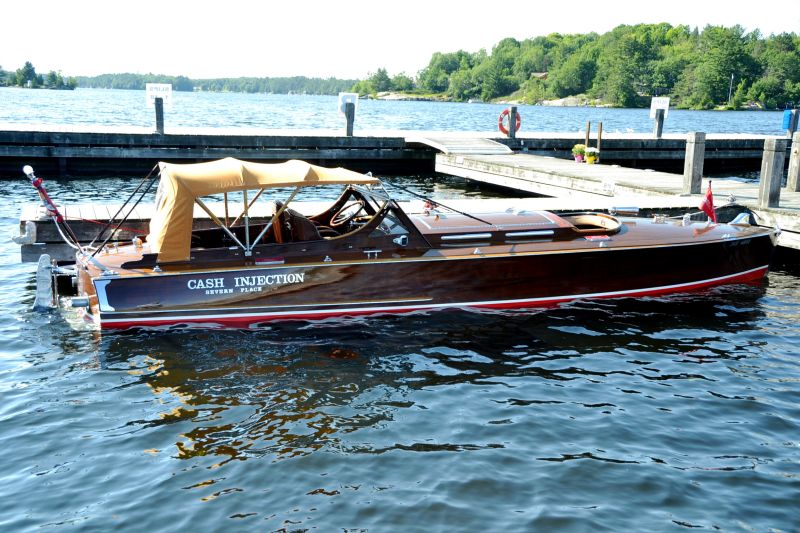 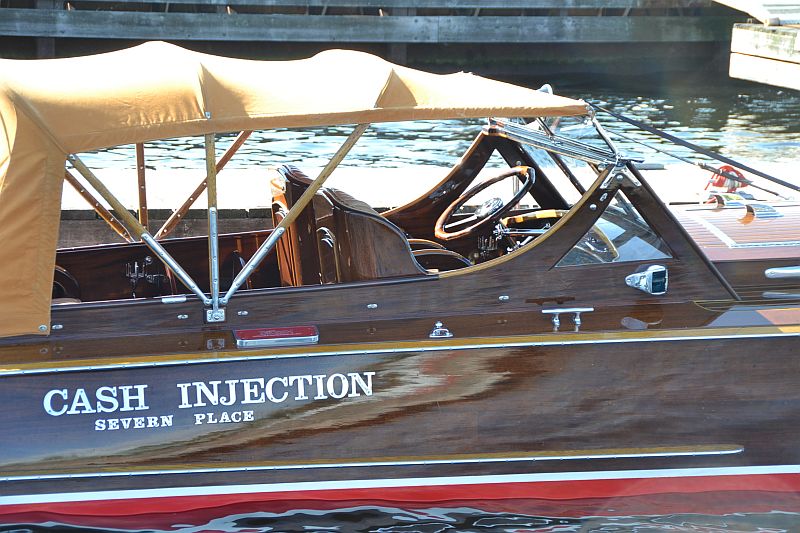 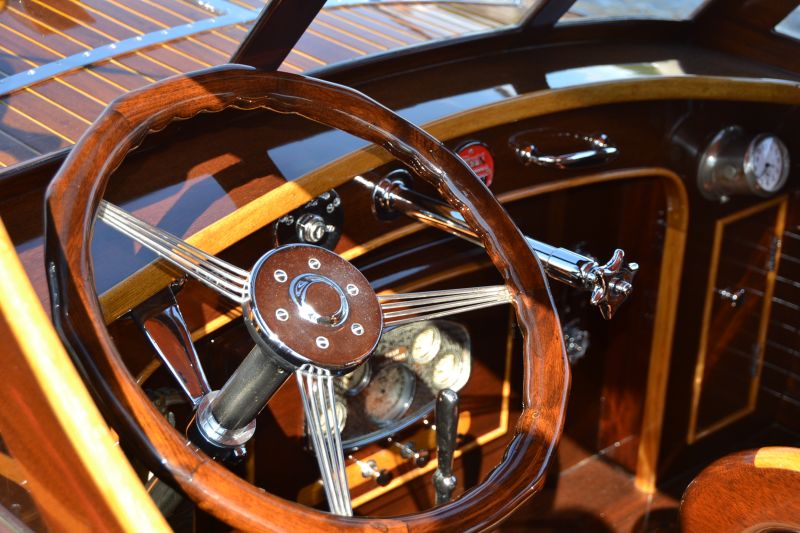 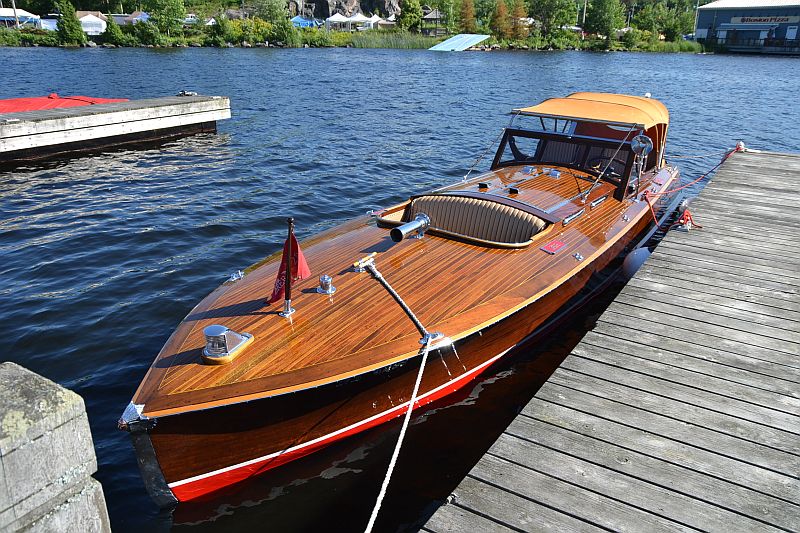