A wintery visit to the stunning “woodies” at the Discovery Centre. 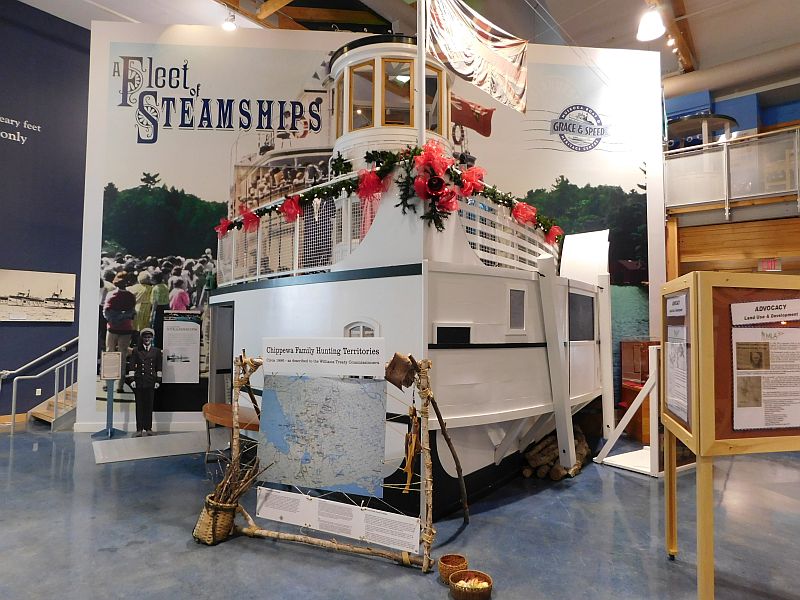 As winter arrives in Muskoka, Ontario, the beautiful vintage wooden boats at Gravenhurst’s Discovery Centre have been hoisted from the soon-to-be solid ice, and laid on cross beams to hibernate until late spring. This provides the advantage of even better viewing.
Enjoy the photos below. 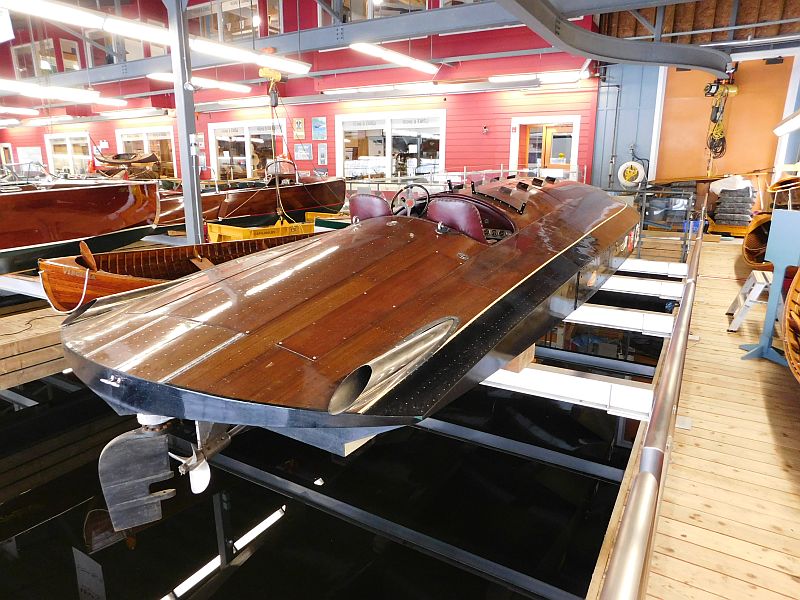 Enormous resources of funds, energy and exeprtise have been poured into Miss Canada IV to restore her to former glory. 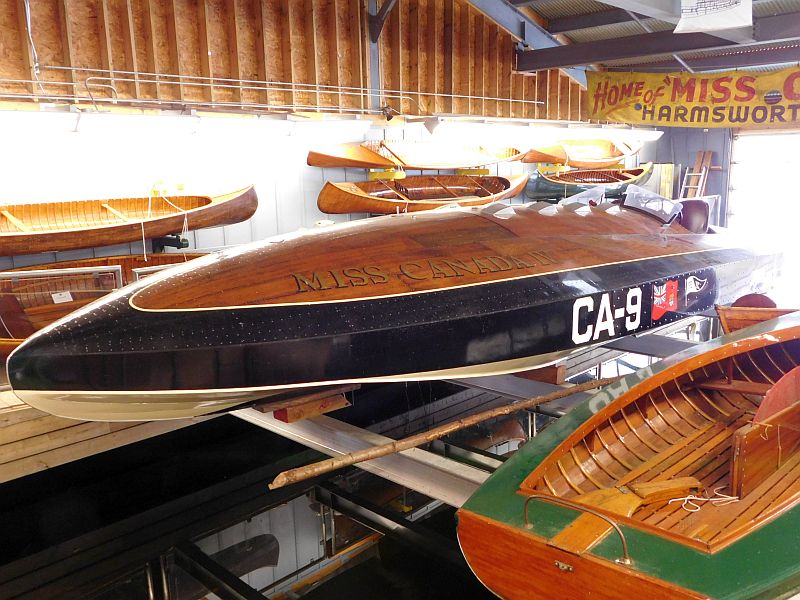 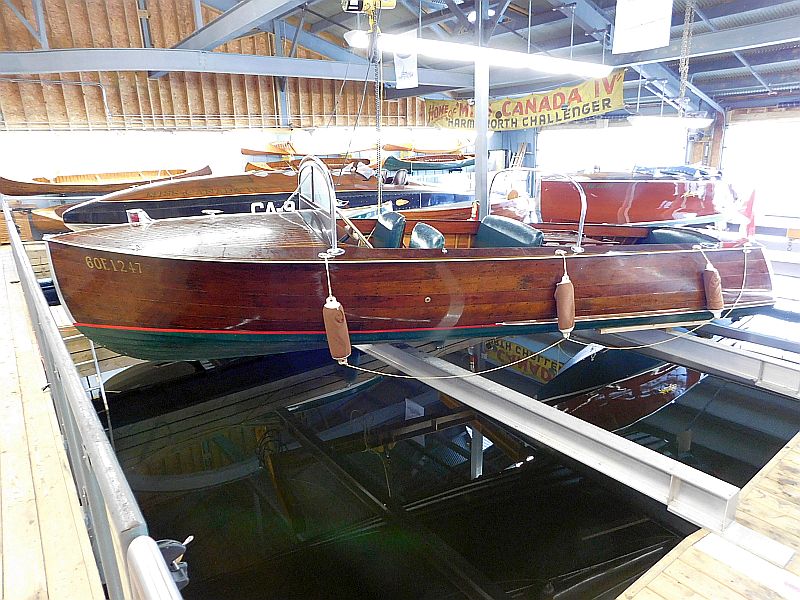 Chrome rails support the canvas top of this charming classic. Was this technique really all that inferior to current methods of protection from the elements? 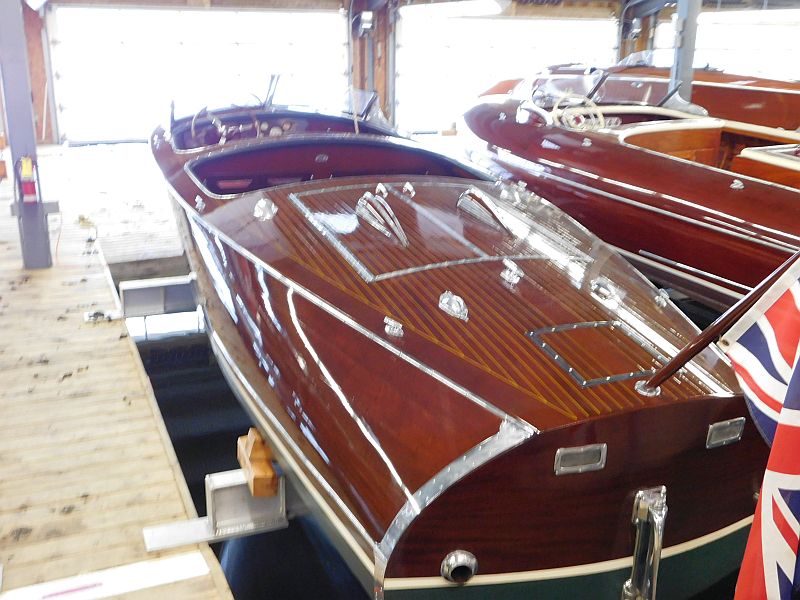 A beautiful barrel -back with an external rudder. 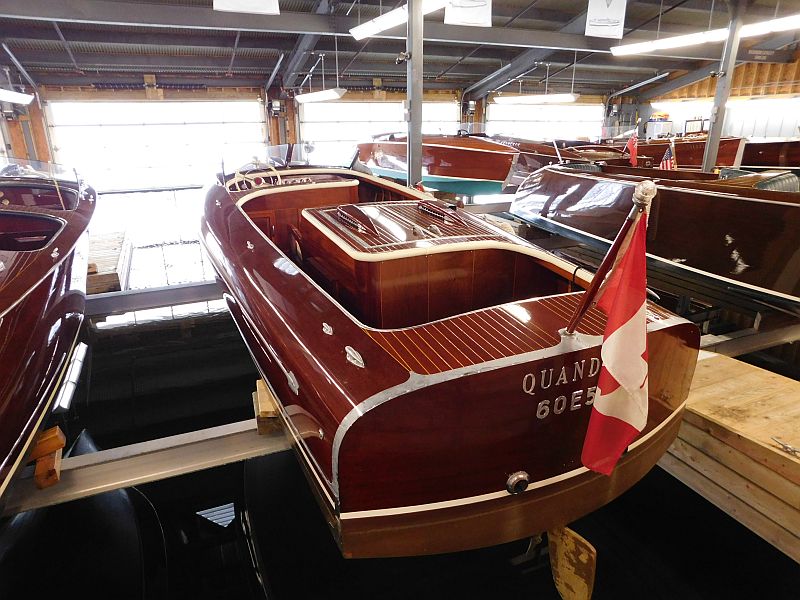 Greavtte Streamliners, with their rounded sheer lines, are highly sought after by collectors. 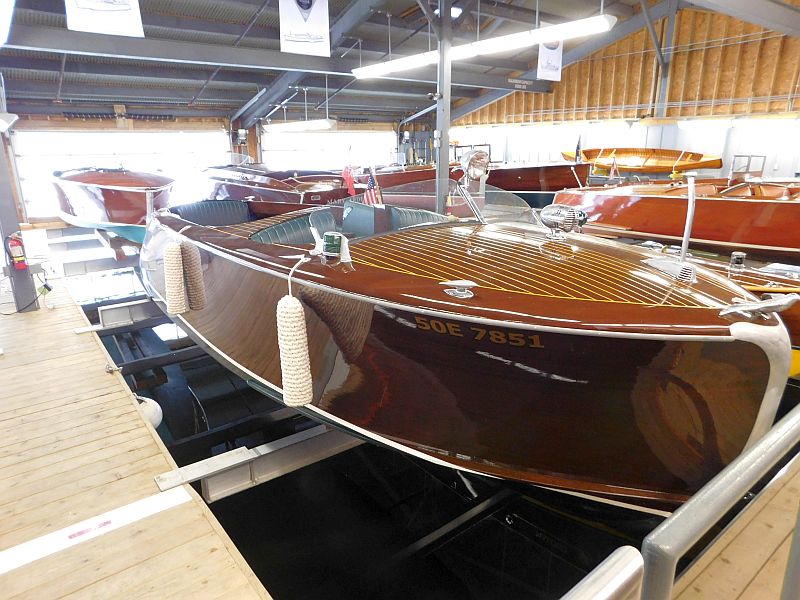 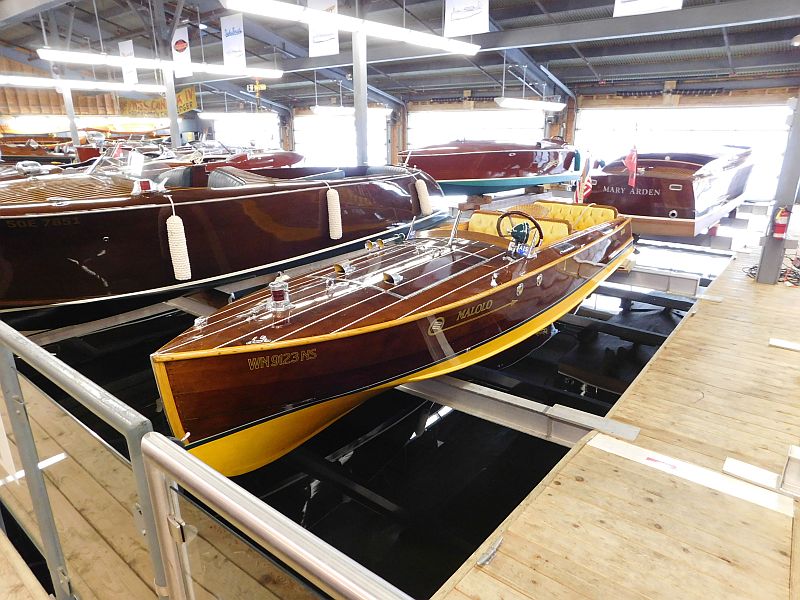 “Malolo”, an early gentleman’s racer with a very generous “rub-rail”. 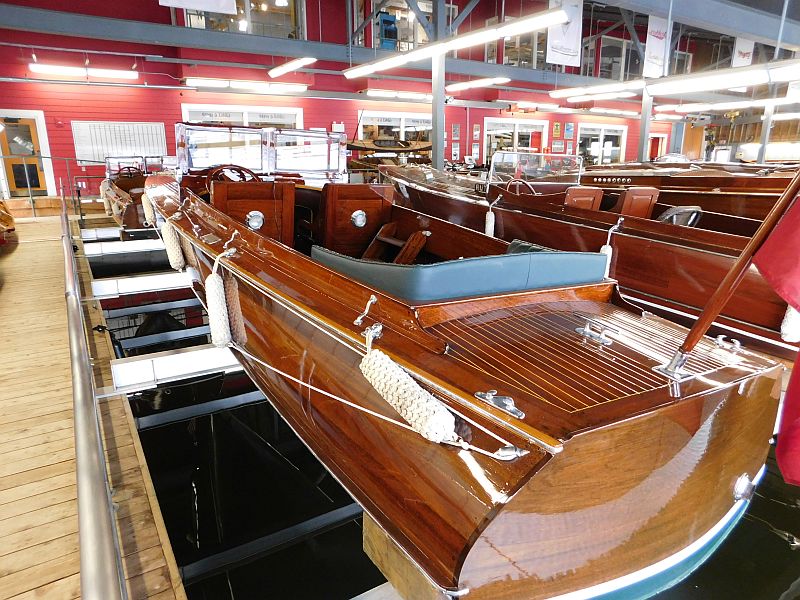 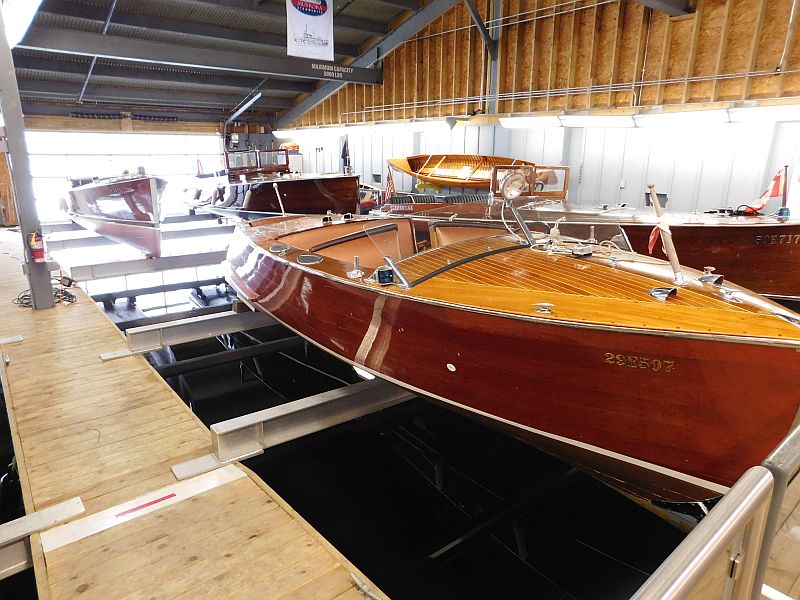 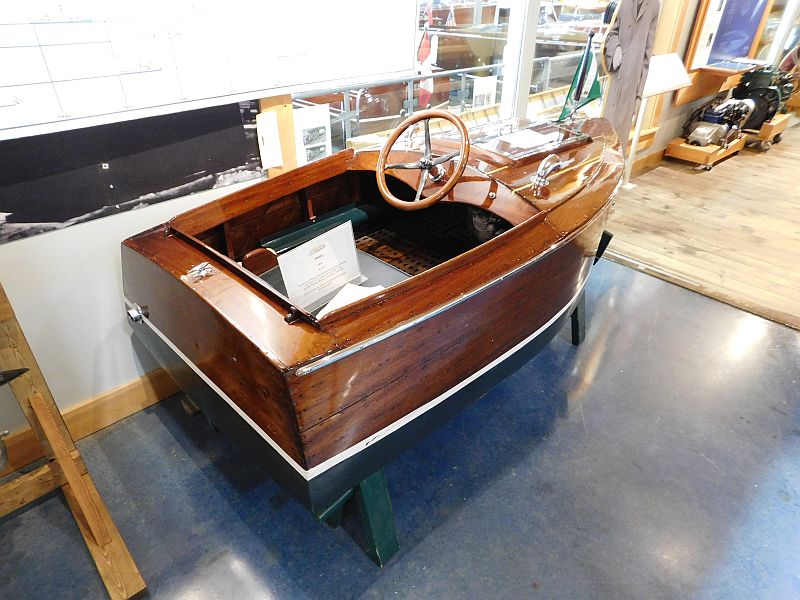 All eight feet of this tiny, 1930s “woody” are powered by a small two cylinder engine. What child wouldn’t delight in this model? 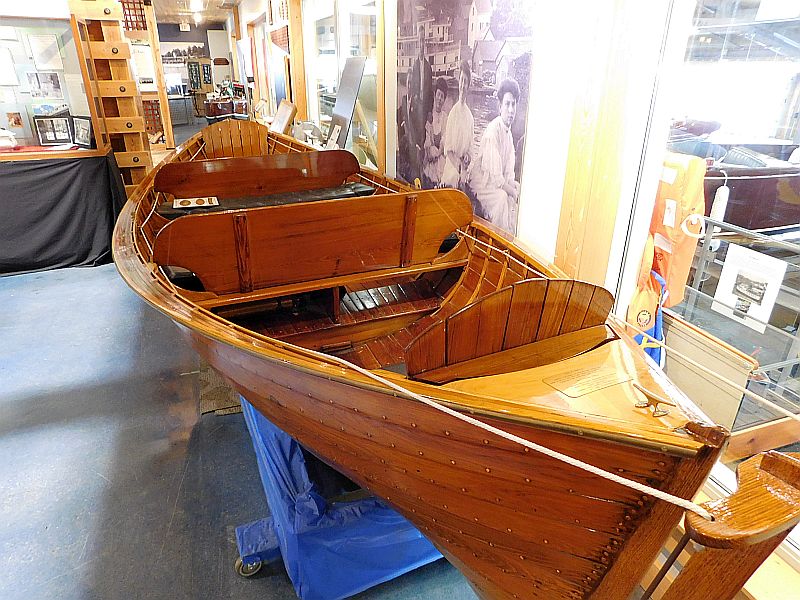 Stay tuned for the upcoming video from the Muskoka Discovery Centre.