It may be difficult to imagine with the current state of development along the shorelines of Muskoka, but there was a time when the shores were mostly vacant. Furthermore, it wasn’t that long ago in some respects.  A. P. Cockburn responded to the growing demands of settlers and the “tide of immigration” to Muskoka with the construction of the Nipissing. 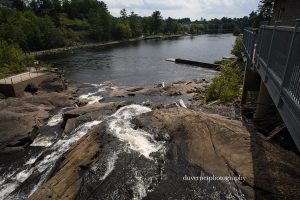 Cyclists and those who stray off the shorelines continue to use the remains of the first “highways” running through Muskoka. The Nipissing Road is one such trail that served to open up Muskoka when it was extended to Parry Sound, which was relatively near Rosseau. There is nothing like free land to motivate new occupation as well.

Travellers to Muskoka coming from south, in the 1870s, would come by rail to Bell Ewart, then steamers on Lake Simcoe and Lake Couchiching, then the Muskoka road from Washago to Gravenhurst. 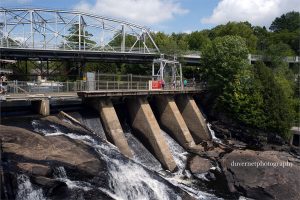 The Nipissing steamer was 110 feet long and 94 gross tons, which was substantially bigger than the Wenonah. Over the course of a few years, her overall length was extended by about 13 feet. She was also a sidewheeler. These must have been inefficient compared to a screw.

The Guidebook and Atlas of Muskoka and Parry Sound points out that the main rivers of Muskoka are deep enough to be navigable by the largest of the steamers. The Guidebook describes the travels of the Nipissing in romantic terms. “Steamer and river are alike invisible to the gazer from the bridge, till at length the graceful “Nipissing” disgorges her living freight at the wharf.” The steamers can no longer land at Bracebridge due to the construction of the bridge of across Lake Muskoka.