In a recent post, I referenced Buchannan motors. After a bit of searching I learned that Buchannan opened as a machine shop in 1919. Their first marine engine was a single cylinder, four cycle with hand crank or electrical starter, (optional), complete with a reverse gear. This unit developed up to four horse power. This was followed closely with the production of “THE FIREFLY”, which was a two cylinder motor developing 10 horse power. It was complete with electric starter, and a reverse gear. Manufactured in 1925 and 1926 and intended for the Johnston Special, which as a deluxe model of a hybrid form of Dispro and launch. 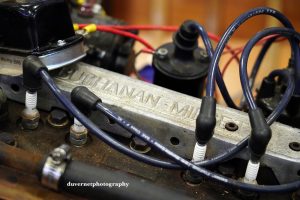 Demand for engines in personal pleasure craft was such that that the small machine shop could not cope with the increased demand. A new plant at 129 Front Street South in Orillia was financed and built in 1926. The new building was built of brick and concrete construction, complete with a machine shop, motor assembly area, and engineering office, a motor test area, a stock room and administration offices. The company was incorporated and named F. L. Buchannan Ltd. F. L. (Fred) Buchannan was the President and General Manager, which included design engineering and supervision of production. His brother, Frank Buchannan, joined the company in 1926 and was the General Sales Manager. J. Cowden Whitfield was in charge of the engineering office from the early 1930’s until the late 1950’s. Bob Buchannan, son of Frank, joined the company in 1948 was part of the sales force and worked with the company until 1968. 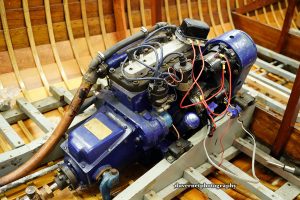 To hear some some of the sounds of vintage engines running, please use this link.