After a six month absence,  it was time to get back to Tim Butson’s boat shop in Bracebridge, Ontario. Tim and his staff are nearing  completion of at least three classic watercraft, including two Greavette Executives and a Grew day cruiser.  As usual, the shop was humming.  Enjoy the photos below, and stay tuned for the video. 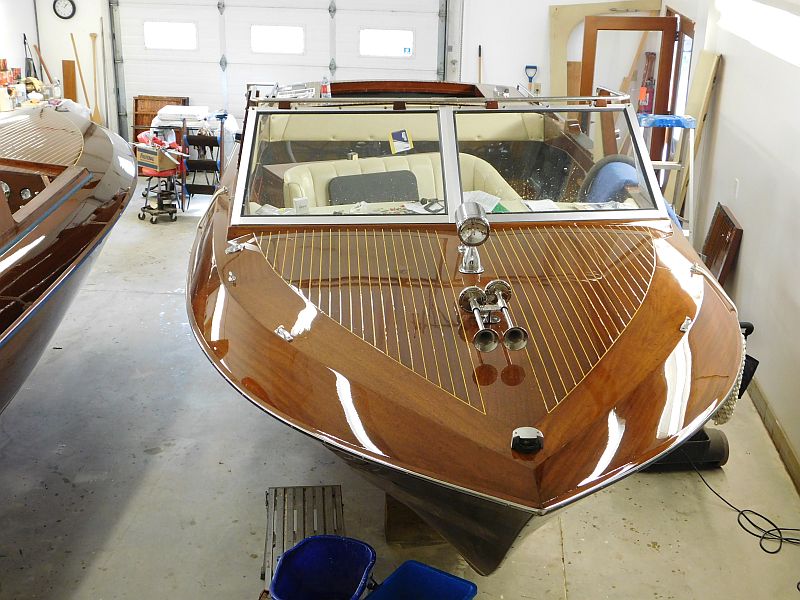 It’s hard to imagine how a virtually dust free finish could have been applied to the Greavette Executive, circa 1973. 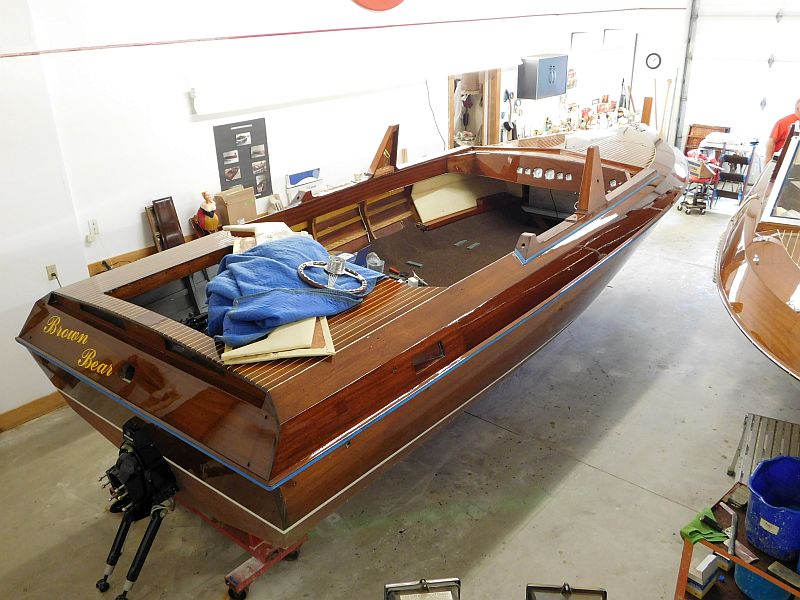 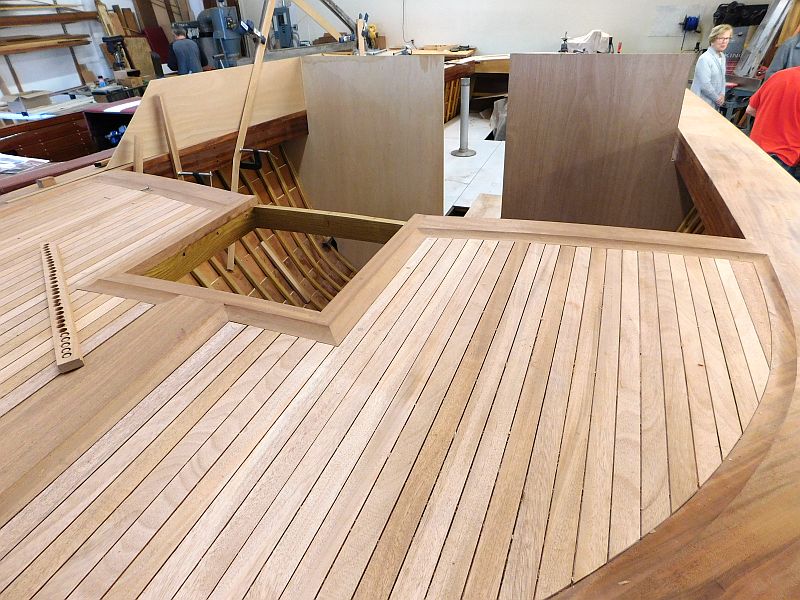 This ‘big water’ Grew has been rebuilt from top to bottom. 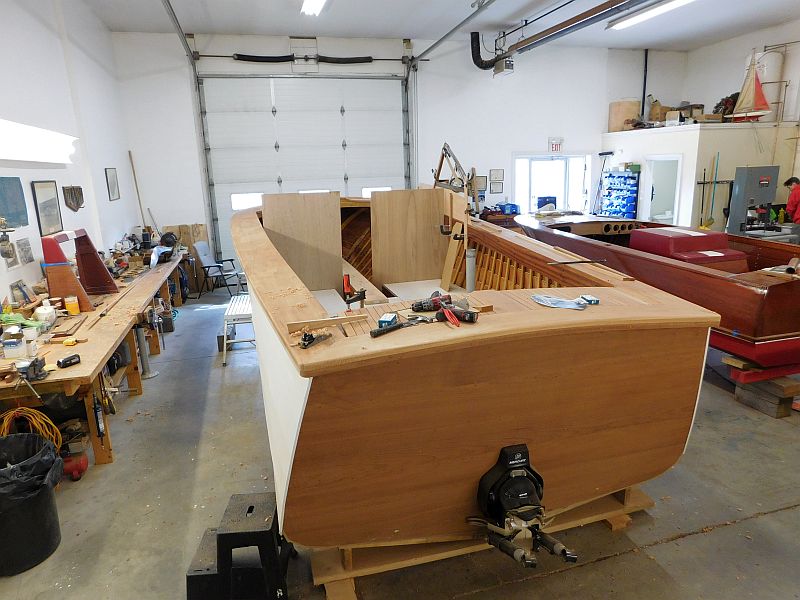 Stern end of the Grew. This boat has been structurally reinforced. She’ll be stronger than when originally built. 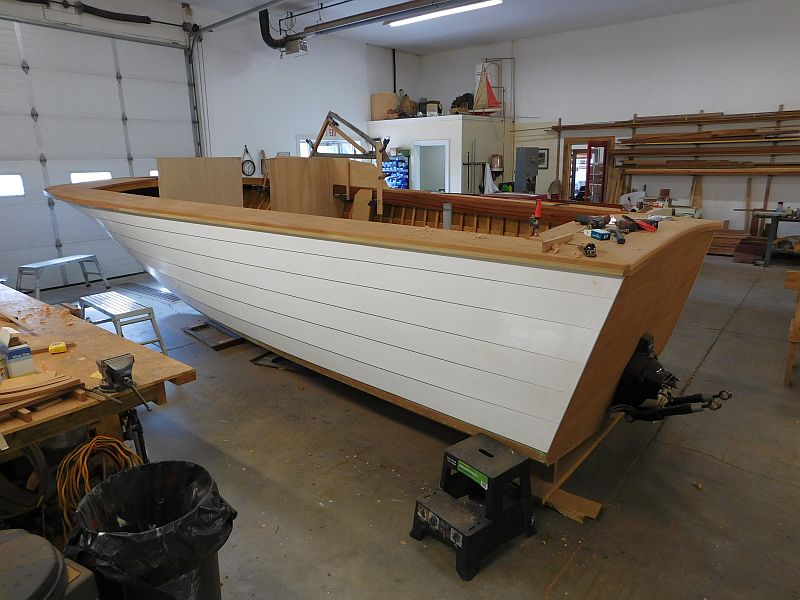 Don’t be fooled by the photo. This Grew is a BIG boat. 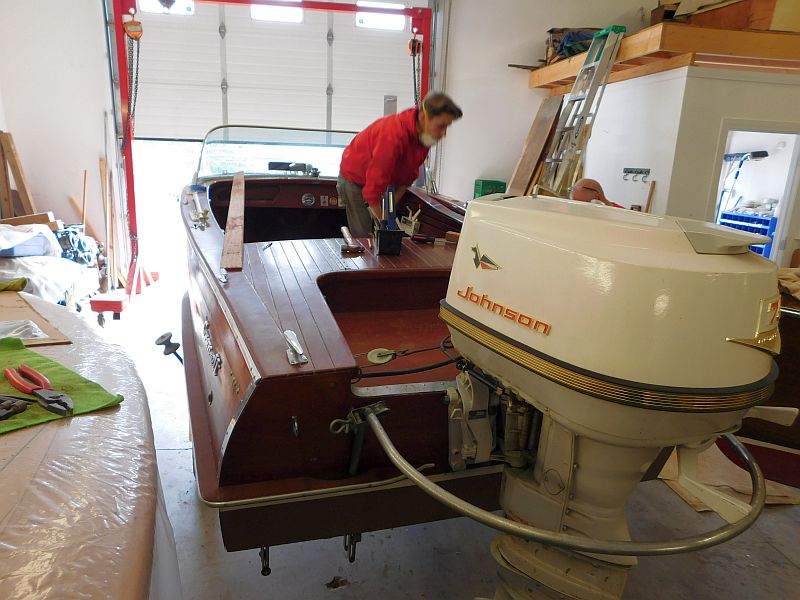 This Grenell is a new arrival in the shop. She’ll be examined for an evaluation of required work. 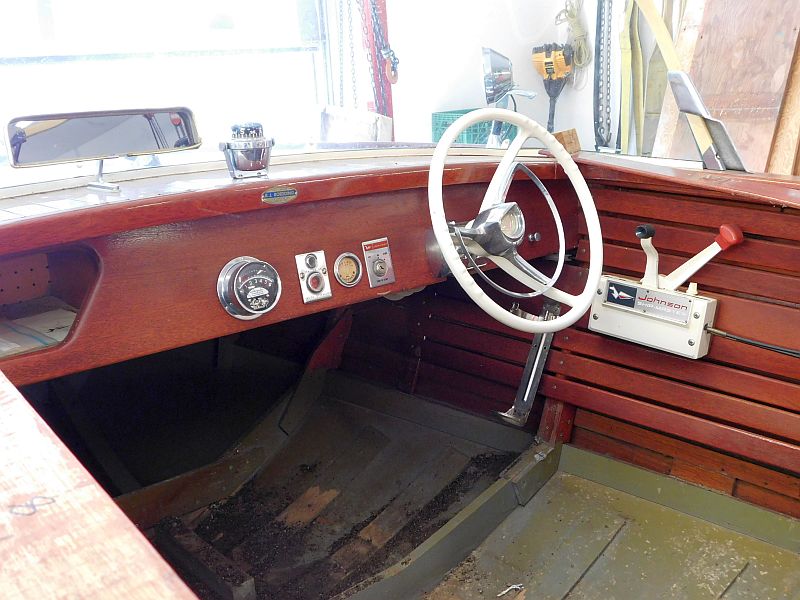 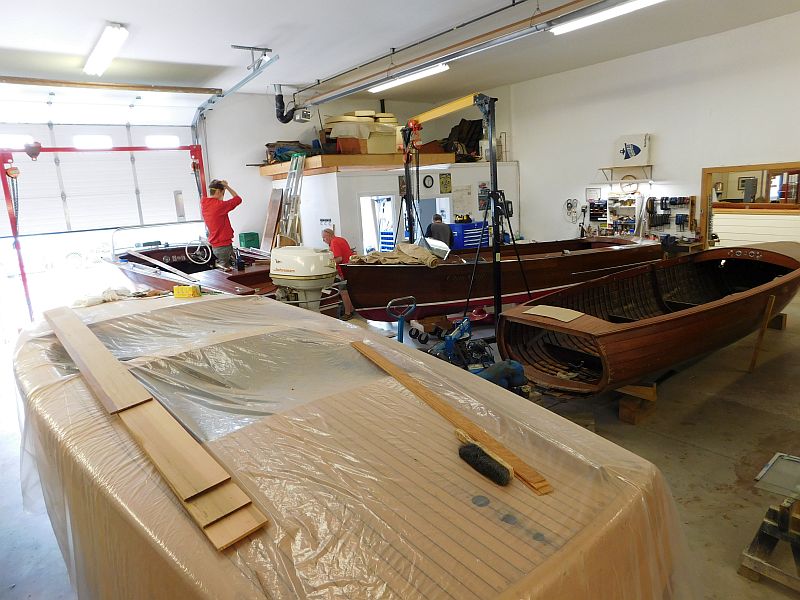 This is one of three major work areas at Butson Boats. 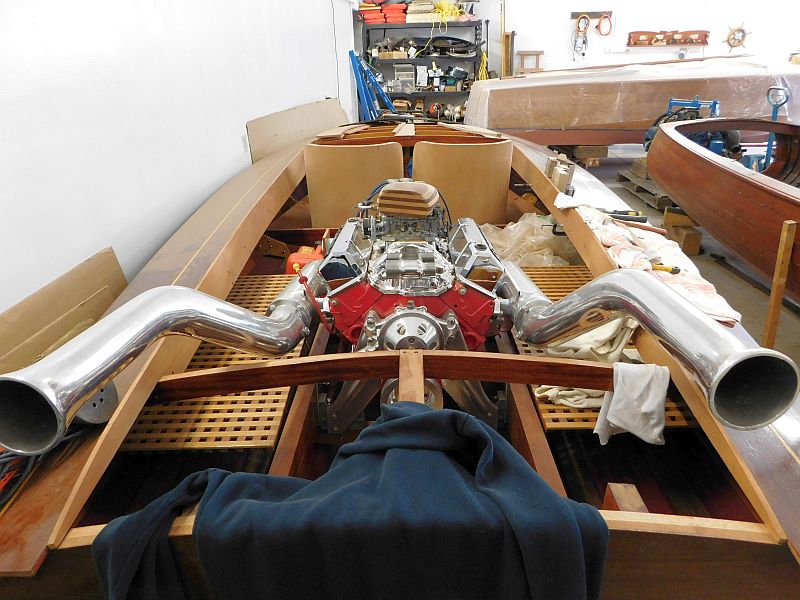 No salivating on the deck, please, speed lovers! This racer is a new custom build at Butson’s. 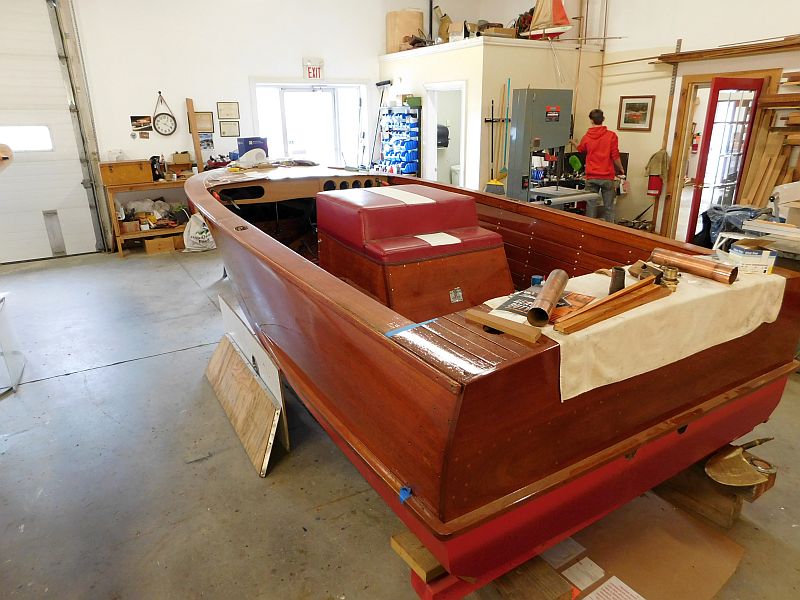 This Chris-Craft ski boat has had a new bottom installed. The owner is searching for a new ski pole. 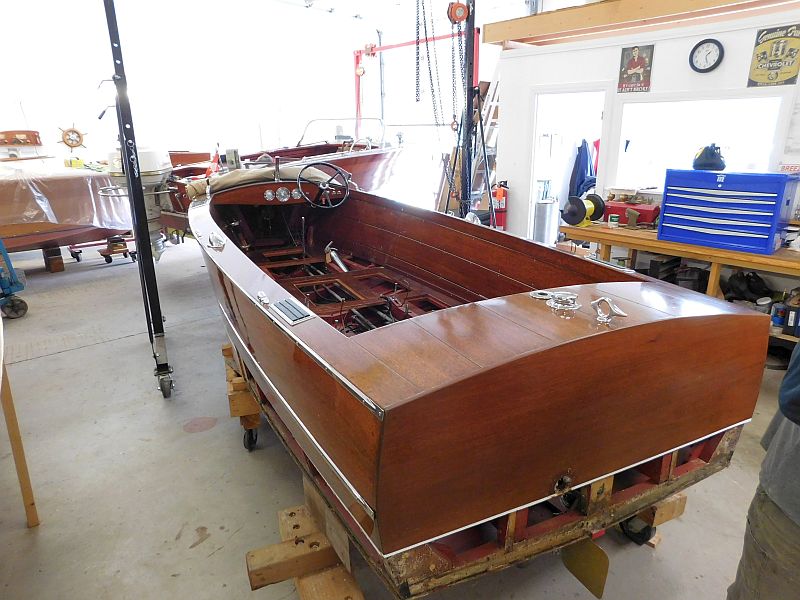 .Simple lines, but a very functional design. One half transom coming up!