The origins of Muskoka, of course, date well before the arrival of Europeans, the time before shoreline developments, hotels and steamships. Much has been written about the history of Muskoka and the stories typically involve commerce, transportation and recreation. The Steamships are a major part of that story as has been told before, especially by Richard Tatley, the author of many books on the subject. 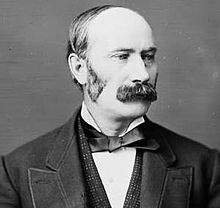 Richard Tatley has been on a never ending mission to learn all he can about the steamships and A. P. Cockburn.  Richard’s current focus is a new book that tells the story of Cockburn. Richard believes “Alex Peter Cockburn did far more that anyone to get Muskoka on its feet.” But Richard was uncertain if there would be enough information about him to write a biography. Through tireless research, made possible by new discoveries at the Gravenhurst archives, Richard feels he has made great progress in his quest to write the biography. 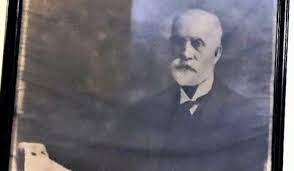 Richard has just finished a 100-page manuscript and hopes to have it published locally, perhaps with the help of Patrick Boyer and Muskoka Books. Richard notes that Patrick was a politician and so was Cockburn!  Among Richard’s discoveries was the fact that Cockburn lived in Toronto for a while when he was an MPP and going to the Legislature. So his children were born in Toronto, rather than Muskoka.  This may also have been because the steamship business was very seasonal and Richard got the impression that Mrs. Cockburn wasn’t as keen about roughing it in the wilds of Muskoka. Richard also learned that the family lived in a building called Phoenix Village in Gravenhurst. The book should become a wonderful addition to the Tatley collection of Muskoka histories.